I want a dog Viral

Oh wow. Just look at him.

It does also explain how you see stuff in your feed once then a million times later as different groups all catch on. 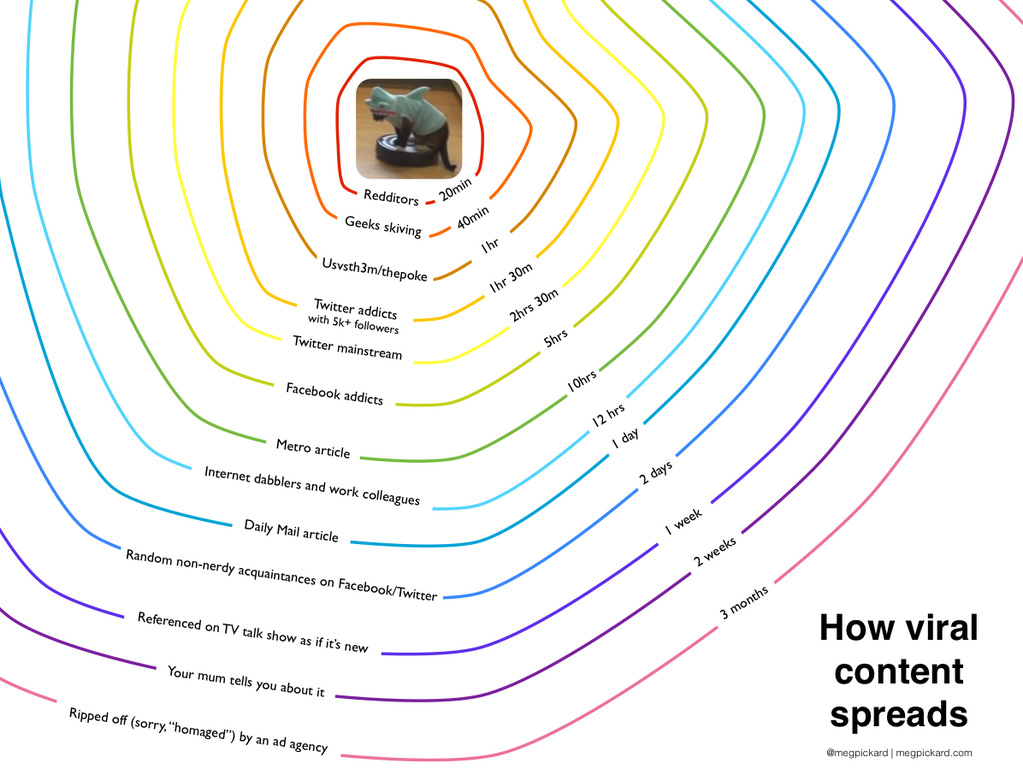 One man and his blog

Recently I heard the expression ‘one man and his blog‘* to summarise the same material being posted to every single blog on the internet. It’s perfectly true and you often see that same funny/colourful/slow mo/band video or series of images posted around. It’s usually referred to as ‘going viral’ although you don’t tend to hear that term so often now.

It is a bit of a problem though as a lot of people look at the same kind of sites either via a Twitter feed or an RSS feed. Sites like Kottke.org, Boing Boing, Colossal, The Retronaut, PetaPixel, Devour, It’s nice that, DesignBoom, Dezeen, Co Design etc usually have rich pickings for people looking for ‘cool stuff’. I also have a few nerdy ones that I occasionally find some good stuff on such as DaringFireball, ParisLemon, ShawnBlanc and Marco.org.

Sometimes that image/link/video is everywhere for a very good reason, it’s insanely good. But then most of the time it’s just good. Deciding what sets something apart in terms of interest and quality is difficult and nine times out of ten I add it to my Instapaper queue and come back to it later. Sometimes this can be days or even weeks before I reconsider it. Is it really worth posting? But then I consider my site as more of a scrapbook or journal really. Something for me, but also something that others might discover.

The other argument is perhaps, just because its everywhere why shouldn’t I post it too? I’ve often found that outside of the tech circle there’s far less penetration of some of these things. I often start a post with the words, It’s already been all over the Internet but…. As a way if excusing a repeat i guess for those who have seen it. I always find that there’s someone who will comment or engage with it as they missed it first time or it want in their circle online.

I think the key to all of this is making your site about your interests and what engages you. Sometimes that will overlap with the masses but often it won’t. As soon as you post cool shit because others will like it then I’m not so keen. Be yourself online I guess.

This is so much better than watching TV. Four kittens in a pen with toys, things to jump on and each other to play with. It reminds me of the farm cats my sister and I got when I was 10. Unfortunately mine got hit by a car but my sisters lived to the grand old age of 22.

Who knows how long this feed will be up for but catch it whilst you can. It’s completely mesmerising. Careful you don’t waste too much time though. 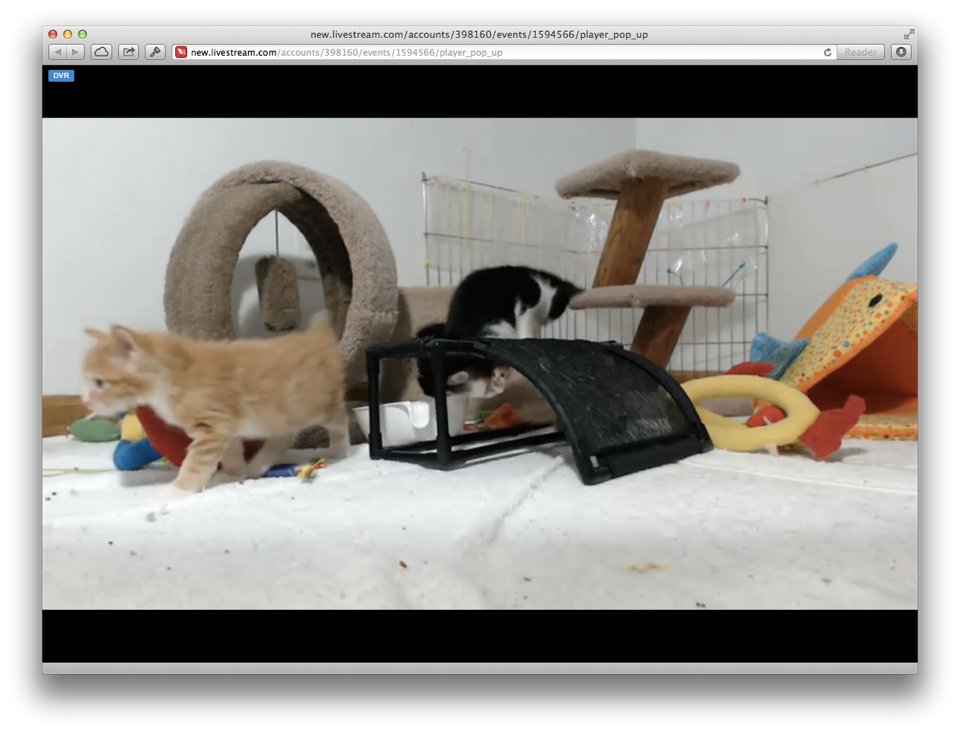 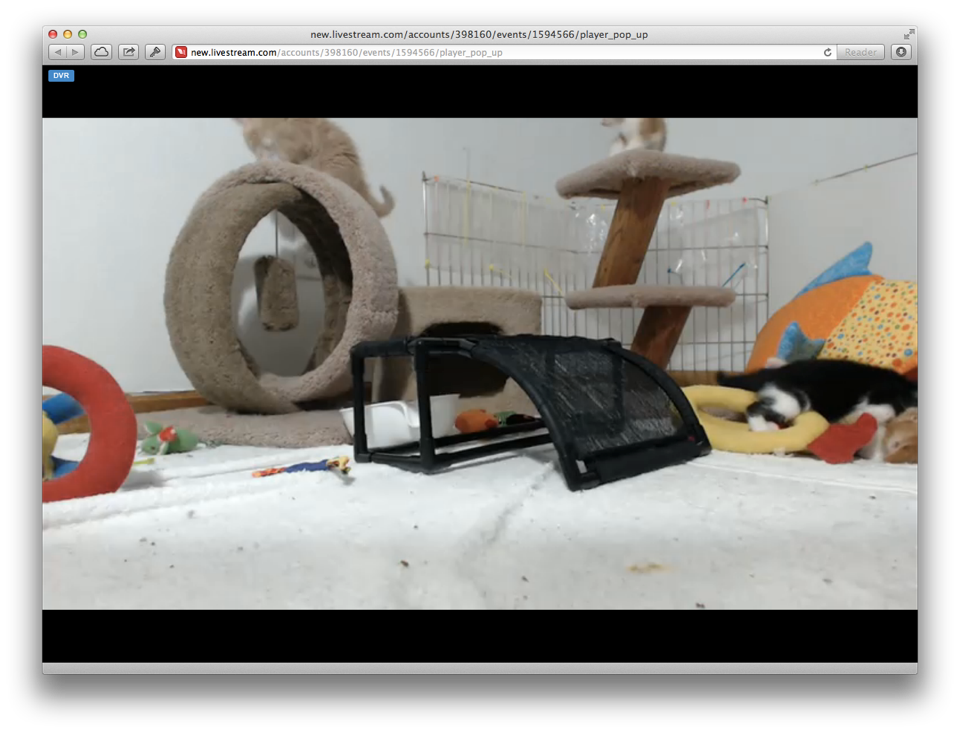 For some reason this reminds me of Childhood half term / summer holidays at my Grandma’s house watching day time TV. A superb supercut of what has to be the Daily Mail of TV. Makes me shudder to think of him.

Yes, another place I’m ‘curating’. The term curating needs some discussion but lets save that for another post. So I’ve set up a Channel on Vimeo for all the things I find to add to one page with the idea that others can view it and then share further. The title – “You’ve seen these right?” which seems to be a commonly used term when sending a video to a friend as you never know quite how viral it’s gone. 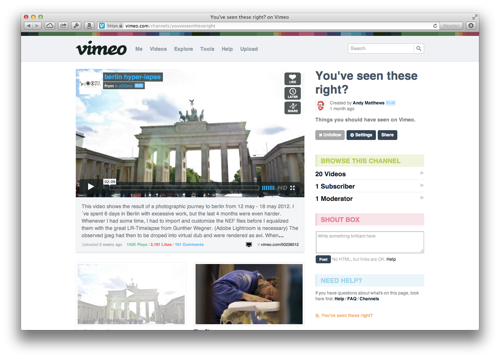 This also raise the issue that there’s so much good stuff out there that it’s hard to keep up with it all.

I’m surprised this one hasn’t made it to the awesome Cats are assholes Tumblr yet but in the meantime enjoy this attention seeking cat.

This one has been doing the rounds recently and justifiably so. The shots of the dolphins swimming are brilliant. The custom made “torpedo” housing looks pretty clever too and seems to have got a bit of attention from GoPro themselves. 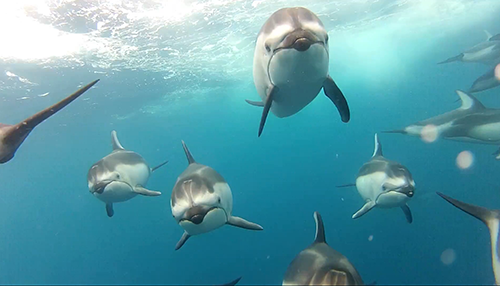 The skate video format is pretty well done I guess, so when you see someone that has added something to the genre it’s certainly worth posting. Some subtle work here showing the shadows of skaters rather than the actual skater.

Simply beautiful. More details over at It’s nice that. Via @weequzzie.