The (ADHD) drugs do work

Not sure I was ever a huge fan of Richard Ashcroft but how the hell do you title something like this? This is as interesting a title as I could manage today.

This is a follow up to this previous post where I described receiving an ADHD diagnosis relatively late in life. That post seemed to somehow have resonated with various people and made its way to the front page of Digg.com for a few days. The stats showed 9,000 unique impressions on it and then about half that the day after. That’s quite a lot for my small little blog where I post random thoughts at times. I also had lots of messages on Twitter and Instagram as well as a few random people via Digg.com who wanted to simply thank me as it sounded like what they had been through or it had been a revelation to them and that they were now going to get an assessment. For that reason I think it was the right thing to do to be so open and honest about it all. I know of two people who’ve gone and got an assessment as a result.

Some caveats before going further. This is my experience of ADHD, stimulant medication and its effects on me. Your experience may vary and you should seek advice and support from a professional. The only reason for this post is to normalise and inform around a topic that doesn’t appear to have much written about it. 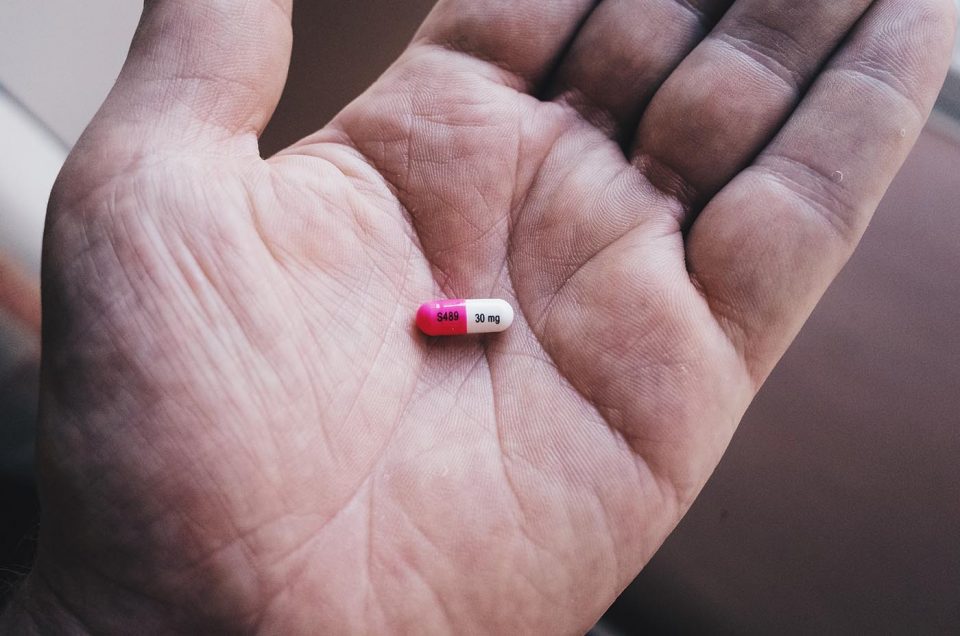 The end of the previous post wasn’t hugely positive as the diagnosis wasn’t quite the moment of clarity I had hoped for. Having spent a few days crying and shocked to my very core I then headed deep into a confused and depressed state for a few weeks. I can only describe it as a complete feeling of numbness, confusion and depression which I likened to being within a glass bubble at the time and looking out into the world whilst kind of banging around inside this glass sphere. It’s probably best described as trying to deal with the seven stages of grief. We’re a bit closer to acceptance now I’m pleased to say.

The most painful part was going back and thinking of the various moments in my life where knowing about all this could have really helped me or others. What relationships might still be intact? What could have been and so on. I seem to have escaped that a bit and am finding and accepting that this just seems to be the right time and moment to find out all about this, to then deal with it, and move forward. And I’m getting to the point of no regrets (kind of).

One thing that helped me climb out of the bubble was my follow up appointment with the psychiatrist. This seemed to validate it all for me slightly and convince me I wasn’t making it all up or a fraud. So we have our call and discuss treatment options. There are a number of treatment options presented. Stimulant medication, other medication, therapy, CBT and finally ADHD coaching. Out of all of these I wanted to give medication a go as I knew that I wouldn’t stick with CBT or therapy. I have also gone back to a therapist I’ve seen before but largely to deal with the issues around this than the actual ADHD. Best to deal with it now rather than later I think.

Having discussed that medication would be my preferred option we discussed a treatment plan based on a medication called Elvanse, or Vyvanse in the US, which is a trade name for Lisdexamfetamine, which I still can’t work out how to pronounce. Wikipedia gives us this rather neat definition.

Lisdexamfetamine, sold under the brand name Vyvanse among others, is a medication that is a derivative of amphetamine, it is converted to dextroamphetamine by the body which is chemically related to MDMA and other drugs of the amphetamine class. It is mainly used to treat attention deficit hyperactivity disorder (ADHD) in people over the age of five as well as moderate-to-severe binge eating disorder in adults.

My main question was relating to the use of a stimulant to treat what I find to be a very active and restless brain. Surely this was just going to send me completely crazy? It was explained to me that this wasn’t the case and that it was simply going to help two parts of the brain talk to each other in my brain that are connected in neurotypical people. My other question related to any loss of character. I know that some medication used for depression or other issues can cause a bit of a fog or dampening down of oneself. I was assured that this wasn’t going to happen. Ok. Fine, let’s give it a go then. We talk about a base dose and then increasing steadily whilst reviewing and monitoring. We started at 20mg and I am now pretty stable on 60mg having gone up in increments over around 8 weeks.

We discussed possible side effects and that I could no longer have alcohol or caffeine whilst taking these meds. Ok, that seemed slightly uncomfortable at first but more on that later. She said that most people have good results with this type but we would just have to see.

I decided that starting this would be best on a Sat so that if I did completely lose my mind it wouldn’t affect work. The night before I had a few drinks with friends and enough to probably give me a bit of a hangover – and also my last drinks for quite some time. The next morning I took my first meds with breakfast and about an hour or so later received the feeling of what I can only describe as clarity. Just pure clarity. No rumination. No negative spiralling or my mind running away being over active. How have you all existed like this in such a wonderful state of calm? It was quite a revelation.

What came with this was a bit of a weird oversensitivity to anything I felt. Was that the meds? Am I talking all slurred. Am I being weird. And a weird hypersensitivity to feelings and mannerisms. This then developed later into questioning what was me, what was ADHD, what was medication along with some quite abstract thought as to the role of self in all of that. Something I’ve been exploring with a therapist and has got a lot easier since.

During the titration period there were a number of side effects and these have all come and largely gone. These have included; dry mouth, sore teeth, sore legs, increased anxiety, slight dizziness, loss of appetite, disrupted sleep, feeling a little off my face and weight loss… which all sounds quite bad. But most didn’t last more than a few days and were often around the point where I was going up a dose. I went 20 > 30 > 40 > 50 and ended up at 60mg where I’m staying. Two things have stayed actually and these are fairly easy to manage. The loss of appetite is fairly constant and I often have some very sweet WhatsApp reminders from my girlfriend to eat. I keep snack bars on me at all times to make sure I have something available and avoid an evening crash when the meds wear off. And I need to keep drinking loads of water! There’s been a bit of weight loss which is no bad thing but I also put that down to not drinking booze anymore. I also put some of the above symptoms down to giving up caffeine too. I seem to wake up quite early these days but now just embrace it and get on and get to work or go and do some exercise. I do feel really quite exhausted in the evenings when it wears off some days. Not such a bad thing as no working all night anymore.

I thought giving up booze would be a nightmare. And the same for caffeine. But when on the medication I don’t have any real urge to drink at all! All I could think of was that this meant I was using alcohol and caffeine as stimulants to manage my ADHD. I’ve been having alcohol free beers and not really had an issue with them. I can still go out for a night out with friends or go for coffee with someone and then just have decaf, which again is completely fine.

But then that brings us on to an interesting point. The oh “You’re not drinking” comment or the raised eyebrow in the regular coffee shop when asking for decaf. How do you explain this? What’s socially acceptable. Whilst thinking about this I realised I’d kind of been doing this for years and sometimes used the phrase “my brain works differently” in certain work settings where I didn’t quite get something or needed it explaining again. I’ve explained it a few ways but usually just say, “yeah, I can’t drink with some medication I’m taking”… and then sometimes explain a bit further. People are generally quite interested but I’m still not quite sure about it. It’s that thing of not wanting it to define you, yet wanting to be open and destigmatise it on so many levels. I often slip into the slightly jokey “I get to have MDMA for breakfast” or some variation of this, but it’s really not cool and I probably need to stop this as its somewhat reductive.

One other thing I read about was clouds of ADHD diagnosis. In that one person gets an assessment and then lots of others in the same social group end up with the same, as a result of people spending time with those who are most like them I guess.

Overall I’ve been so much happier, positive and able to function better generally. It’s like a tailwind when cycling, it’s not doing all the work for you, but it does help you make progress in the right direction. Clearly there is more to life than being productive but it really has helped me fit in with the world at large and kind of just get on with life. So many things have now got done that I would have avoided previously not done. Now comes the task of sorting out some of the mess from before and trying to sort things for the future.