Blog posts are now few and far between. There’s a load of events I haven’t written up and experiences I’d like to record here. It usually takes longer than the actual event to compose thoughts, pop a few pictures in, fuss over it, edit and then post. I used to use this place to record interesting videos or links but now that’s all Twitter / Facebook and occasionally Instagram.

Rides, like blog posts, don’t necessarily have to be ‘epic’ (used ironically and with a wry smile) to require a post. So it was really nice to head out on Sunday with an old friend, Neil. A quick trip to Daily Goods for a coffee and then headed out towards Kent to find Pilgrims Way and follow it all the way to Whitstable. The route is called the Whitstable Winder and I thoroughly recommend it, it’s a personal favourite of mine. I can’t remember how I came across it but it’s described as:

Quite possibly the nicest cycle to the coast from London there is.

You quickly reach the countryside south of Dulwich, & then it’s just miles of lovely rolling South Downs cycling. The stretch on the Pilgrims Way Area Of Outstanding Natural Beauty is simply divine.

A couple of lung busting hills: Hollingbourne Hill being the worst by a margin.

Last year I rode with Seb to complete my Festive 500 and was a stunning last ride for 2015. 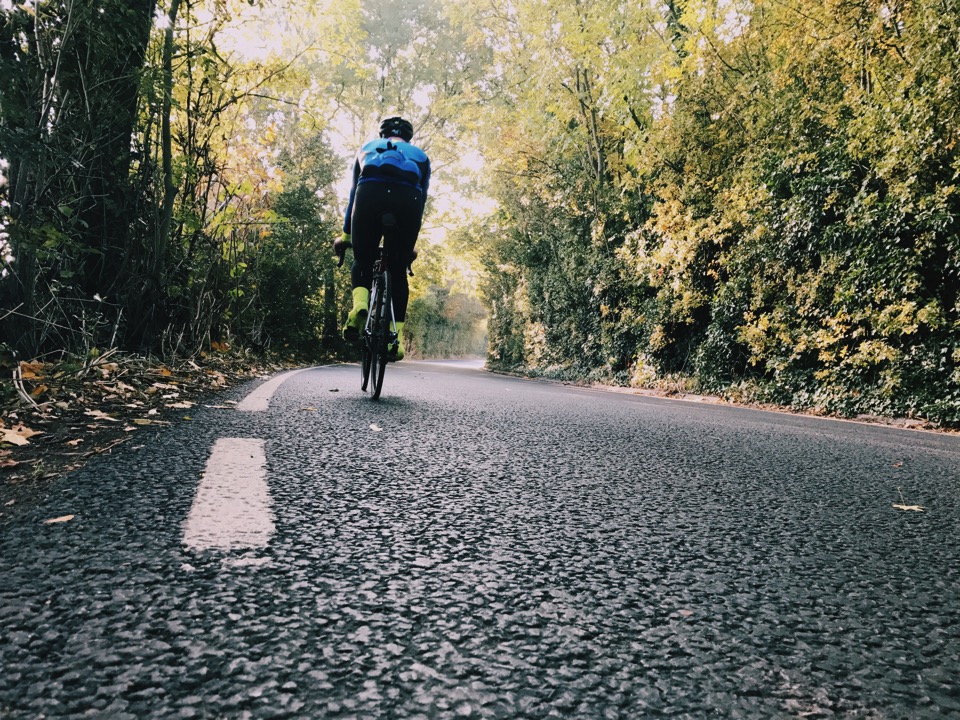 We waved and smiled at everyone as we went out. Our average for waves / smiles back was really quite poor until we actually got to the countryside where everyone seemed to be a lot more friendly. Maybe the pollution is making everyone miserable in London. 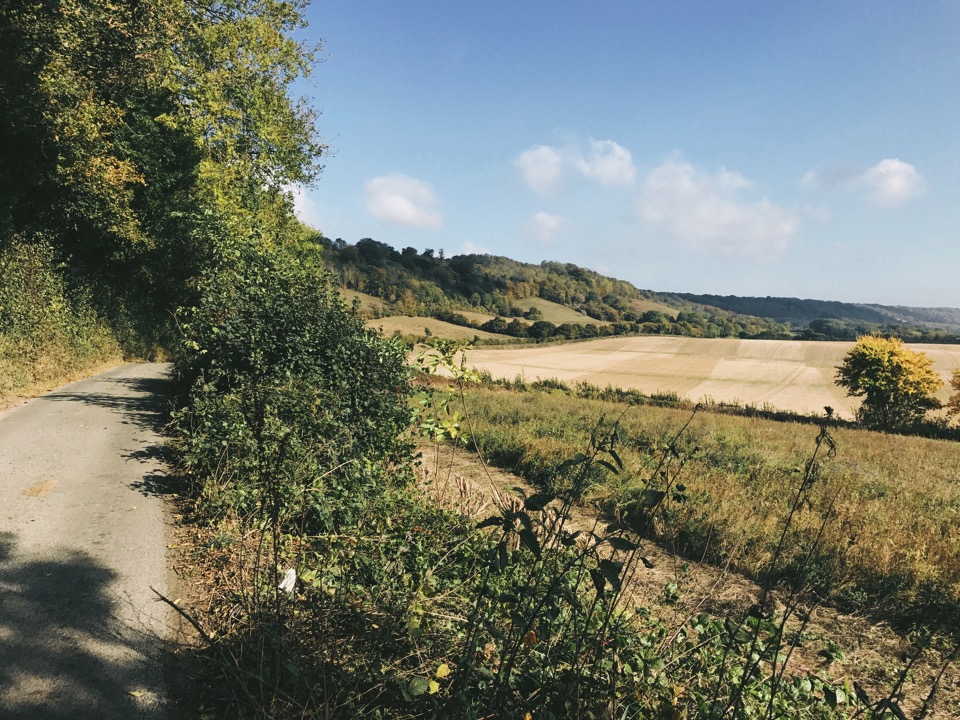 We had a beautiful day for it. Sunny and autumnal and with the wind blowing in completely the wrong direction. Two out of three isn’t bad. Some chatting. A few photos. A bit of filming for Bowman and their new bikes and just pushing on. A bacon sandwich in the place that wasn’t very good last time but was really good this time and then onwards. 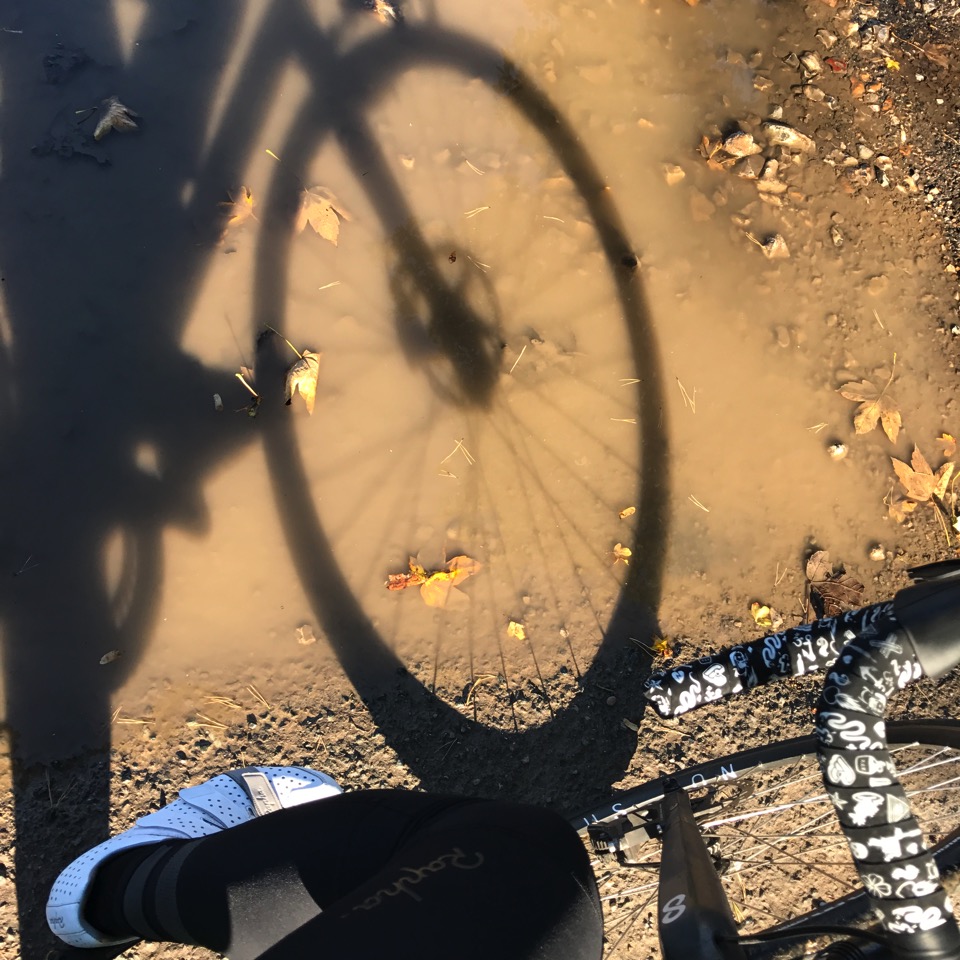 I love the rolling countryside and the way you traverse along the side of the ridge almost all the way there. There’s some really lovely open lanes as well as some nice tight closed in ones. It’s largely quiet and free of traffic. I bored Neil to tears with how much I loved my new Rapha Brevet jersey although I had a good laugh at the microphone adaptor he had on his phone for filming.

The wind got up just as Neil’s energy levels went down. I lied about how many hills were left and then got my head down and towed him in the last 20km or so. The last bit is particularly bleak as you turn the corner and all protection from trees is lost as you go along the coast to Whitstable. A dash for fish and chips followed by another dash for the train only to hear the dreaded words of “Bus replacement service“. Oh. Always check the trains are running! So we can still get back to London but the train goes via Dover and will take over two hours. Fine with me. 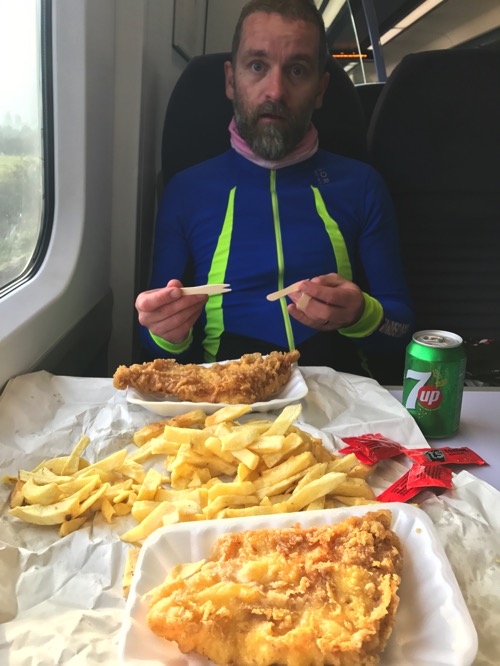 All that’s left to do is sit back, eat our fish and chip supper, gulp 7up and relax. Oh and then Neil gets cramp really really badly suddenly moving from his relaxed stance to half way under the table writhing in agony. A first I’m concerned and then I realise it’ll make a hilarious picture. 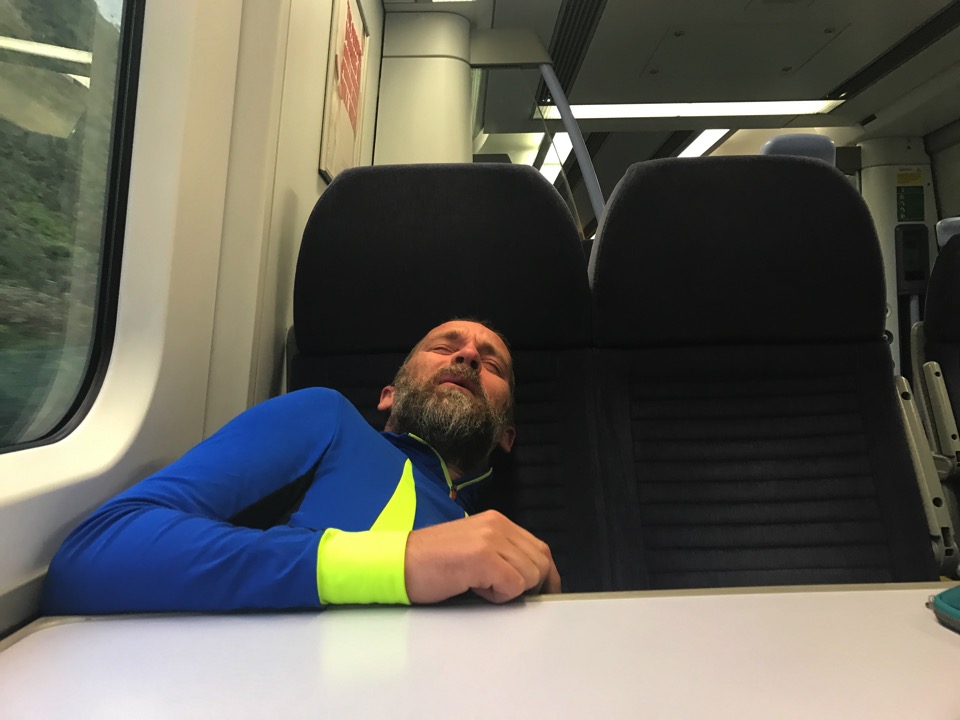