Each year Brixton Cycle Club / Shop puts of a big day of track racing at the superb Herne Hill Velodrome. It always seems to get great reviews and the pictures from the last few have been great.

This year I got involved through the club and ended up flyering and handing out posters to a variety of bike shops and cycle friendly cafes in London. This was an interesting experience seeing people’s reaction when you ask if they wouldn’t mind putting up a poster. Everyone was great and so friendly with only one exception. It also helped that whoever they got to sort the graphics did a cracking job of it. 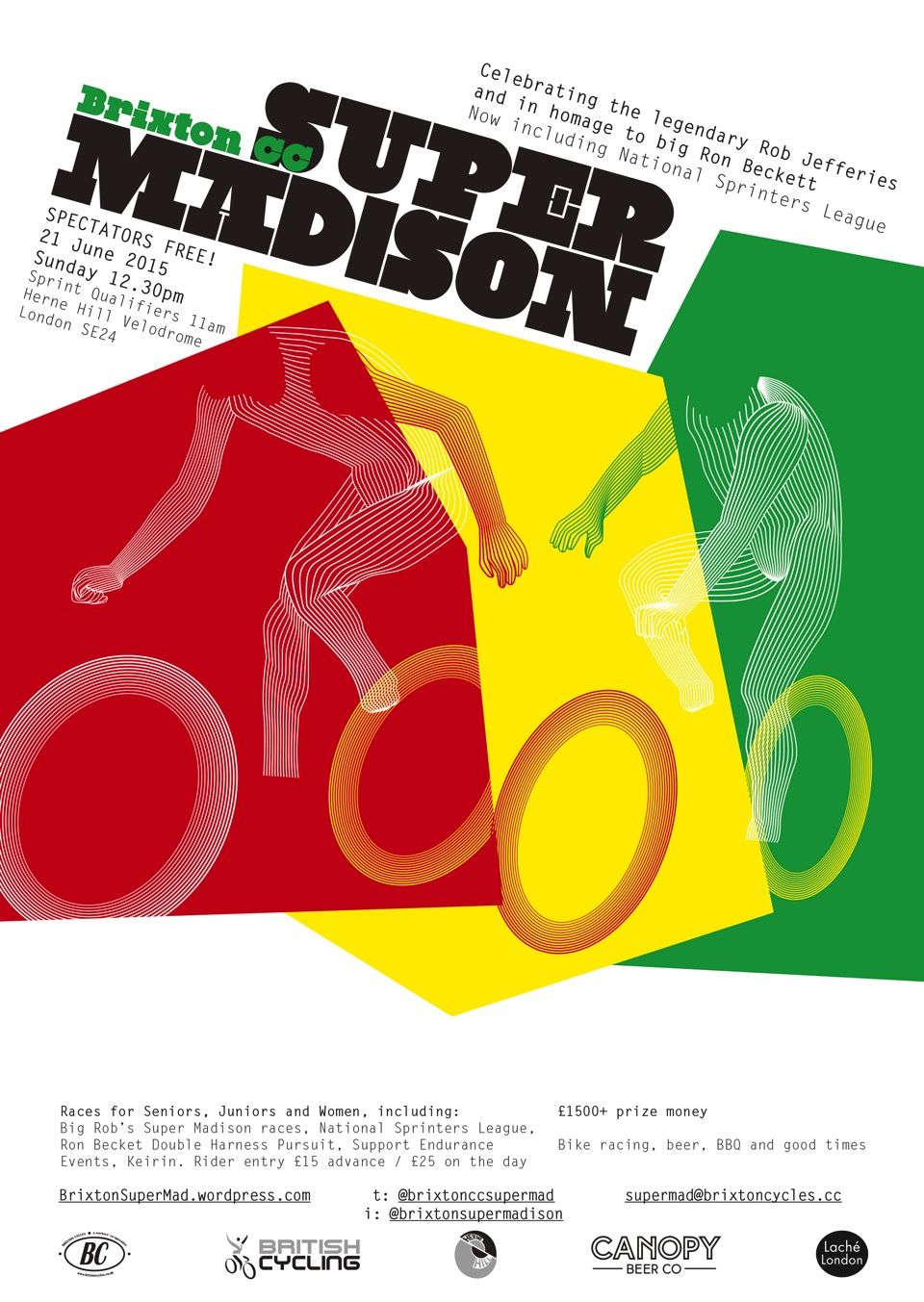 So whilst it meant sacrificing a ride on the Sunday I cycled down on my Brompton to the track and took my camera and seldom used silly long lens. It was great to get down there and see some familiar faces as well as a few that I didn’t recognise. What was odd was that a few people said hello but I didn’t recognise them due to not being in a club jersey and bib shorts. It took a while but I got chatting to most people as well as met a few people I’ve known of or follow on Instagram but not properly met yet.

I probably got there a bit early for beer and racing but made do with coffee at first whilst we found a suitable spot to watch the action. 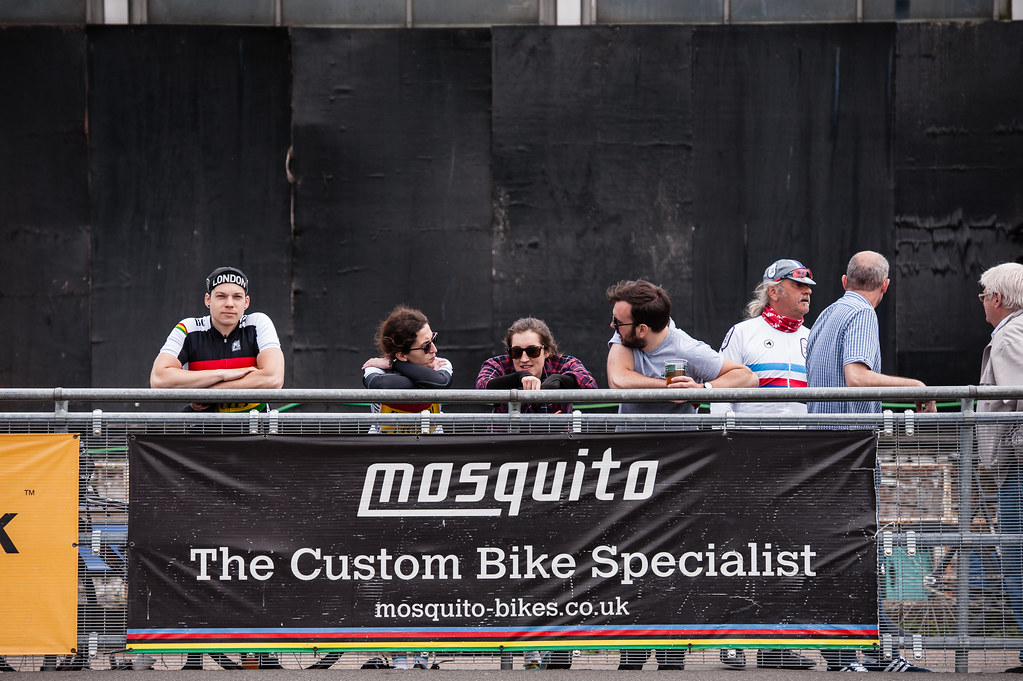 It was too tempting not to try the Canopy Beer on offer so started tucking in to that. Racing seemed to start but I really don’t know much about the track so wasn’t really that sure what was going on. A few people explained the races that were taking place but to be honest it was nice just soaking it all up and not being too involved. 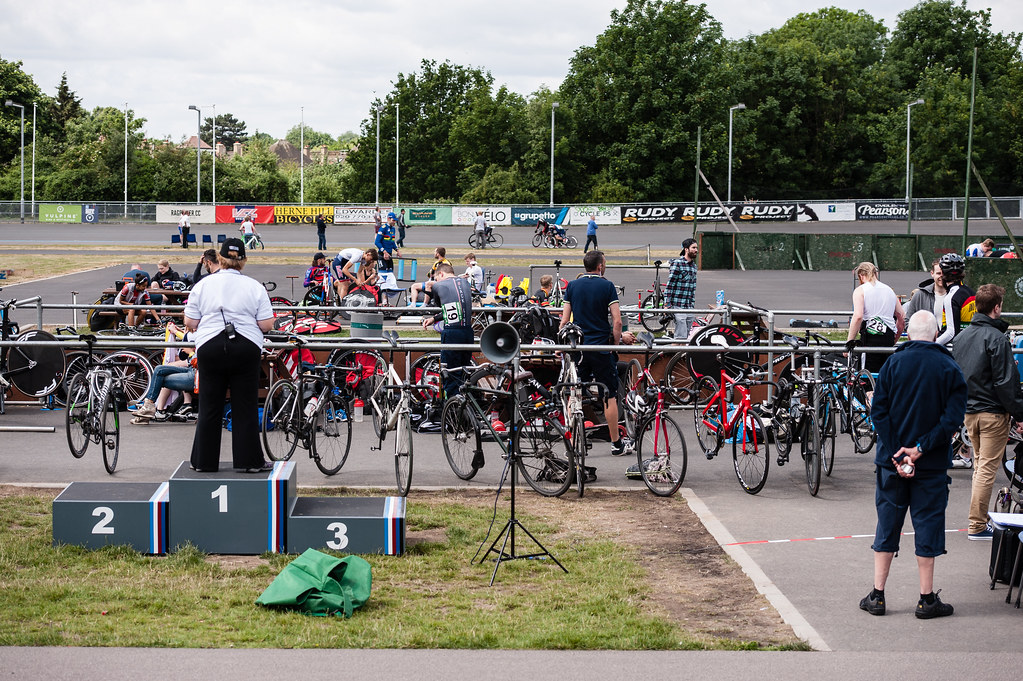 We had a great spot at the side of the track and one of the best events was a sprint which sent a pair of riders past us at an alarming rate. The sound of perfectly tuned bikes and that unmistakable sound of carbon rims with fully inflated tyres rushing past was pretty impressive. A woooosh and then they were gone. The physical size and shape of the sprinters was equally alarming! 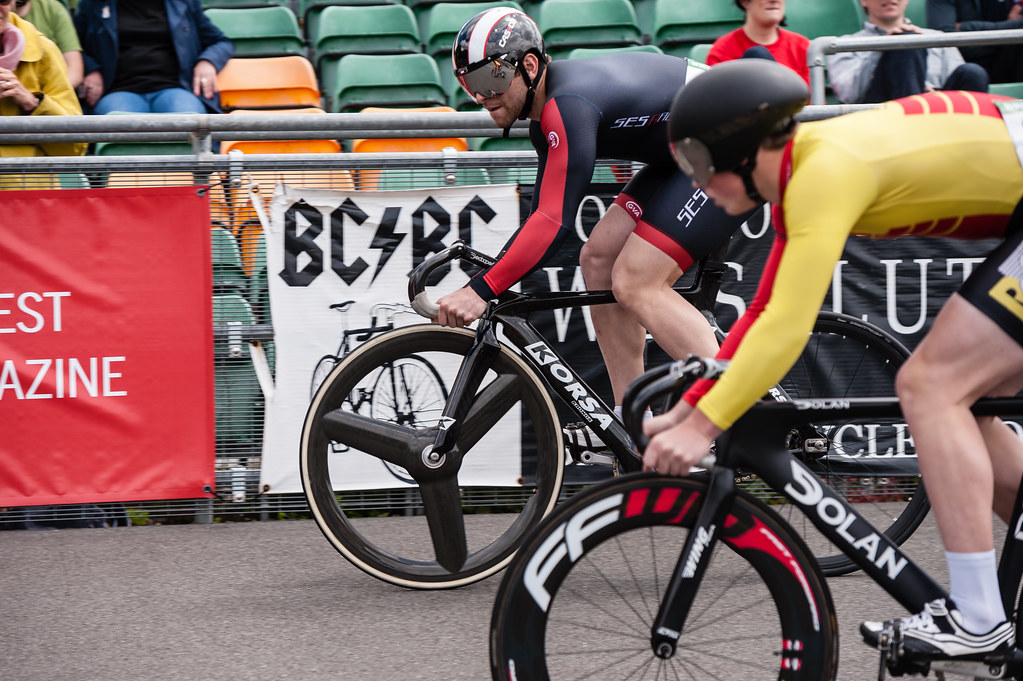 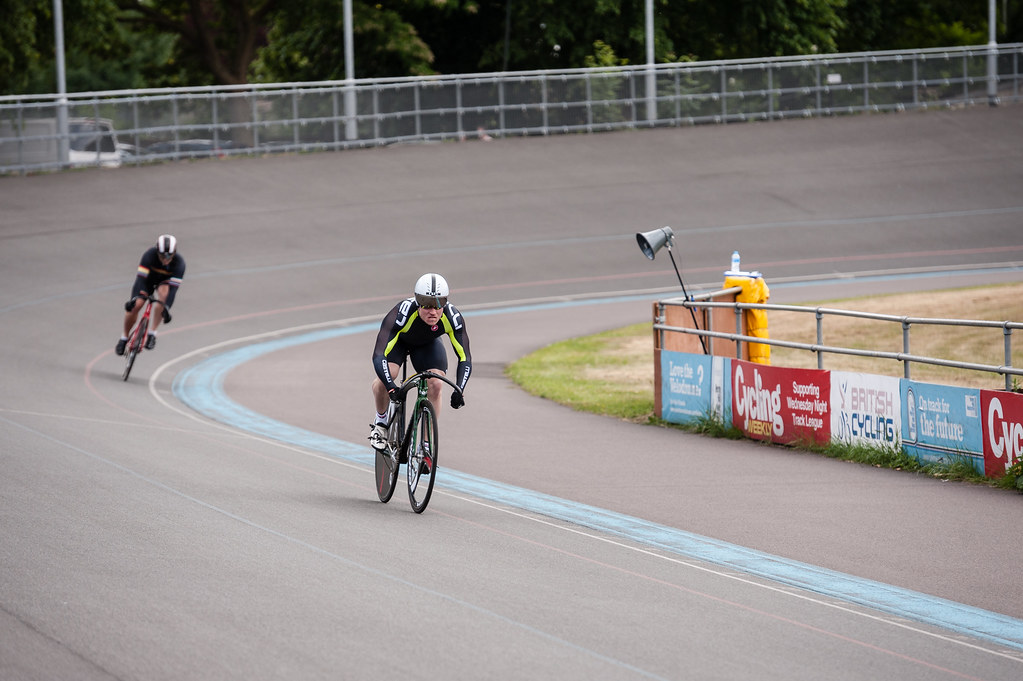 More beer was consumed, chats were had and the myth of roadies being completely up tight fun-suckers was put to bed once you’d seen the Brixton stall in action. Probably the most laid back cycling club in the world. 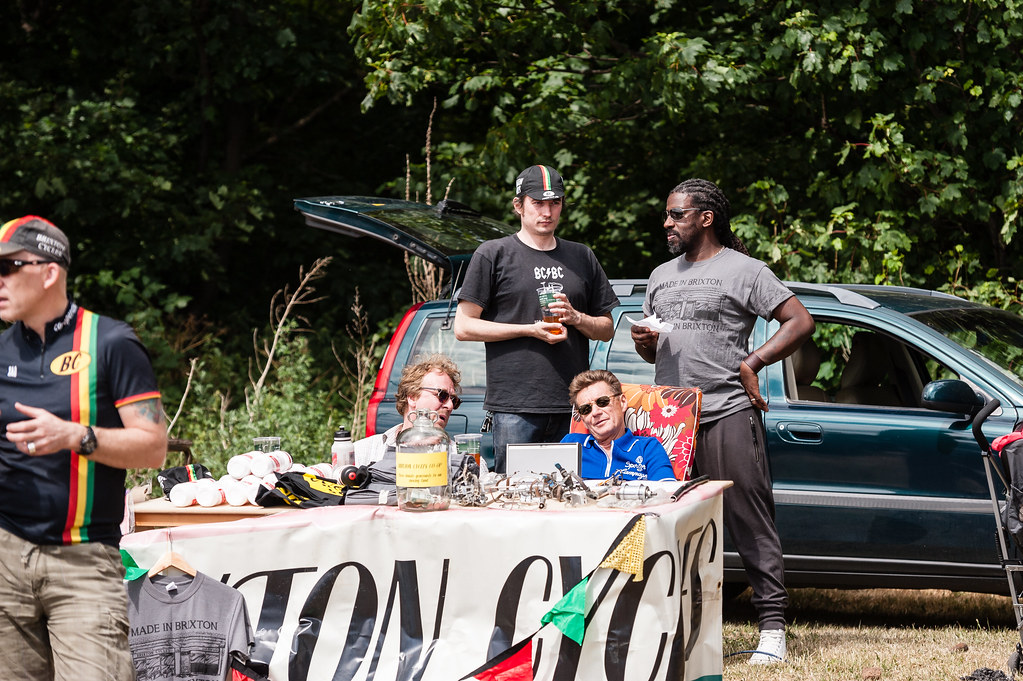 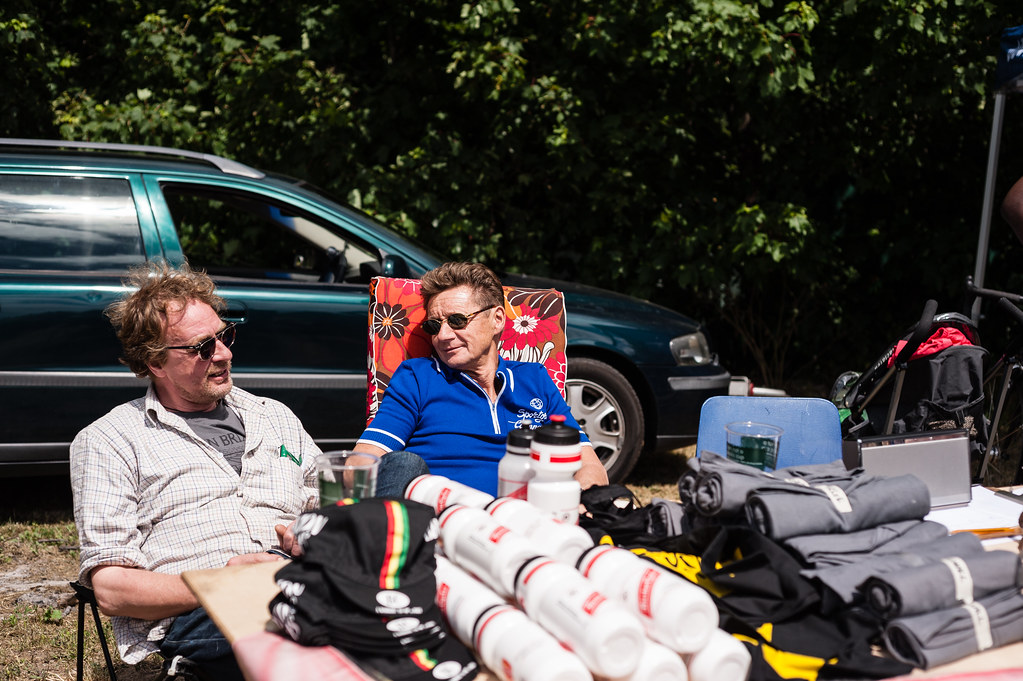 We also got to meet Chutney, the club secretary’s dog! What a lovely little thing he is, chasing stones, charming everyone he met. 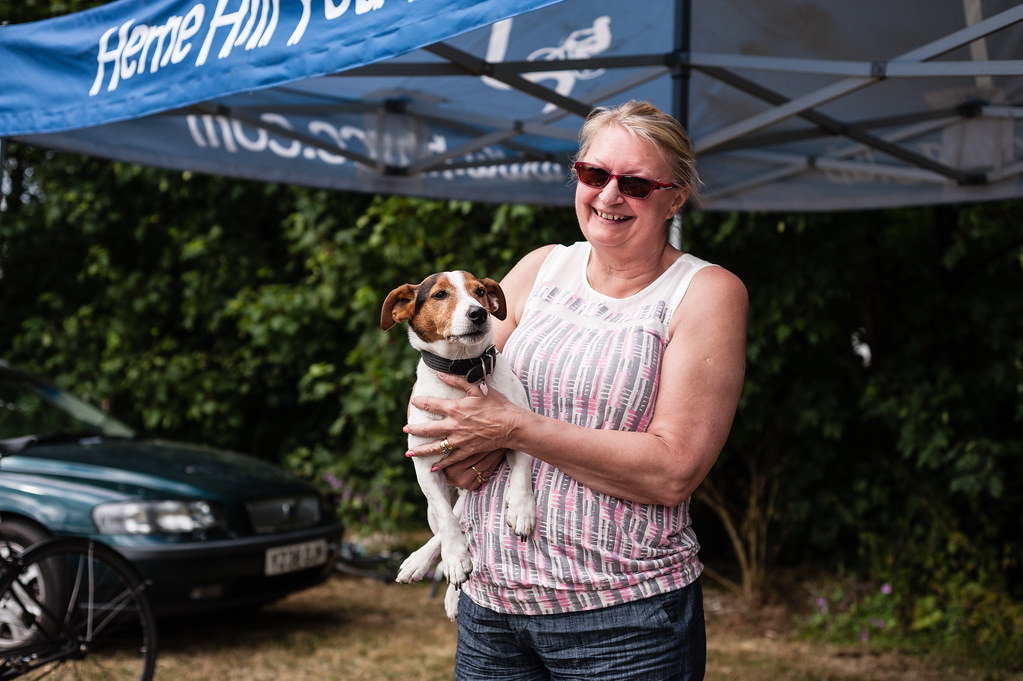 So yes, too much beer was had, too much sun was had but it was an incredible day of watching some top notch track racing. I still have no idea what went on but the atmosphere was incredible and the performance of the riders really something. Can’t wait to go again next year but with suncream. Here’s a few of my favourite shots and the rest are on Flickr. 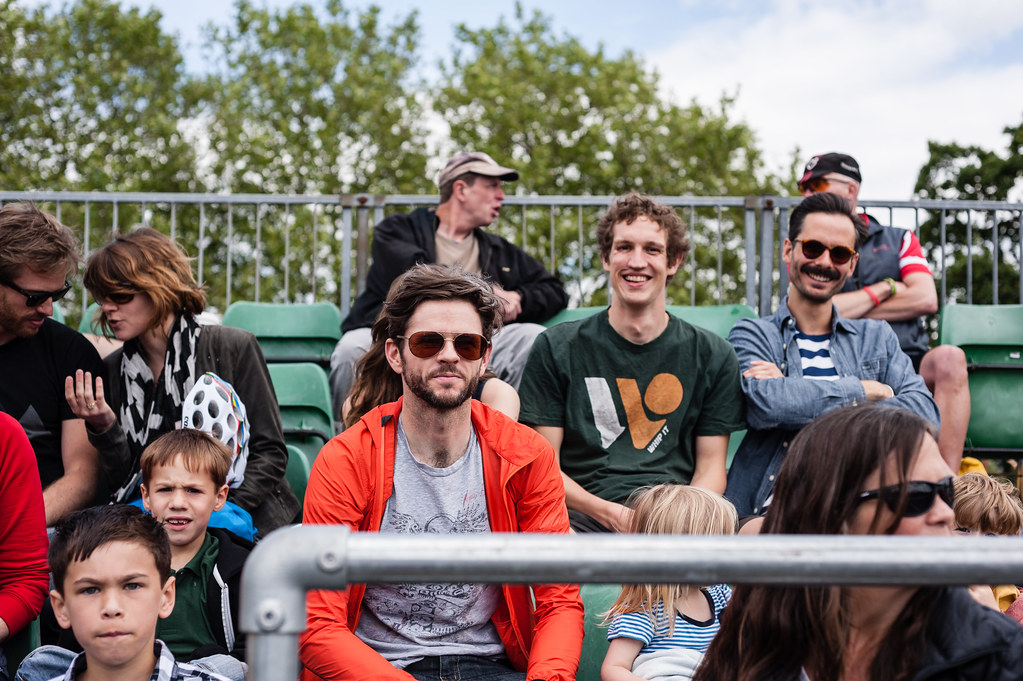 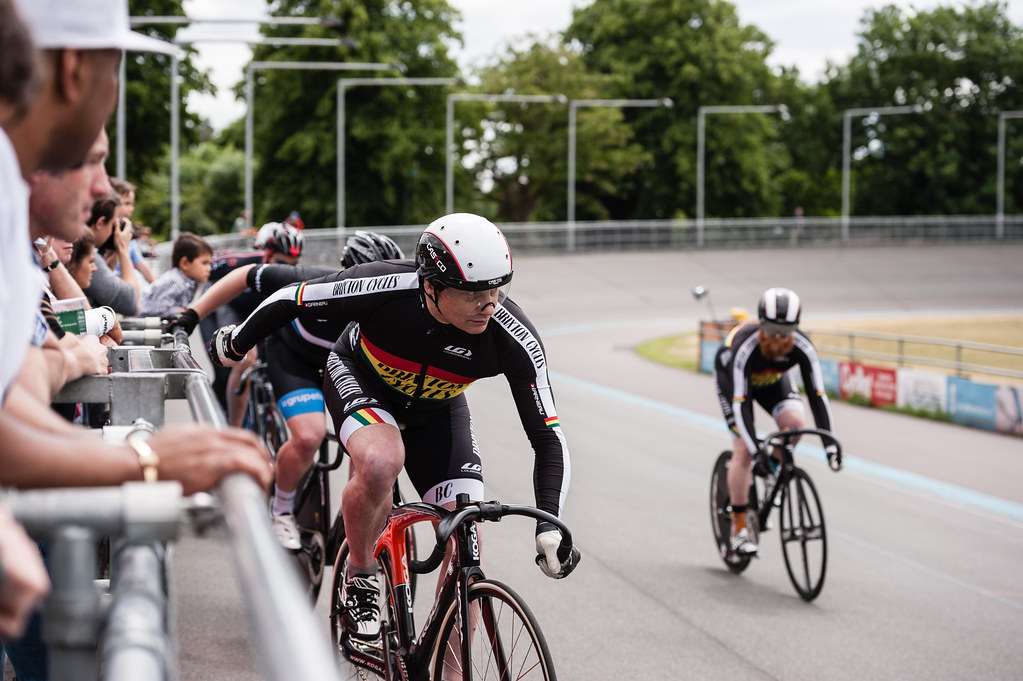 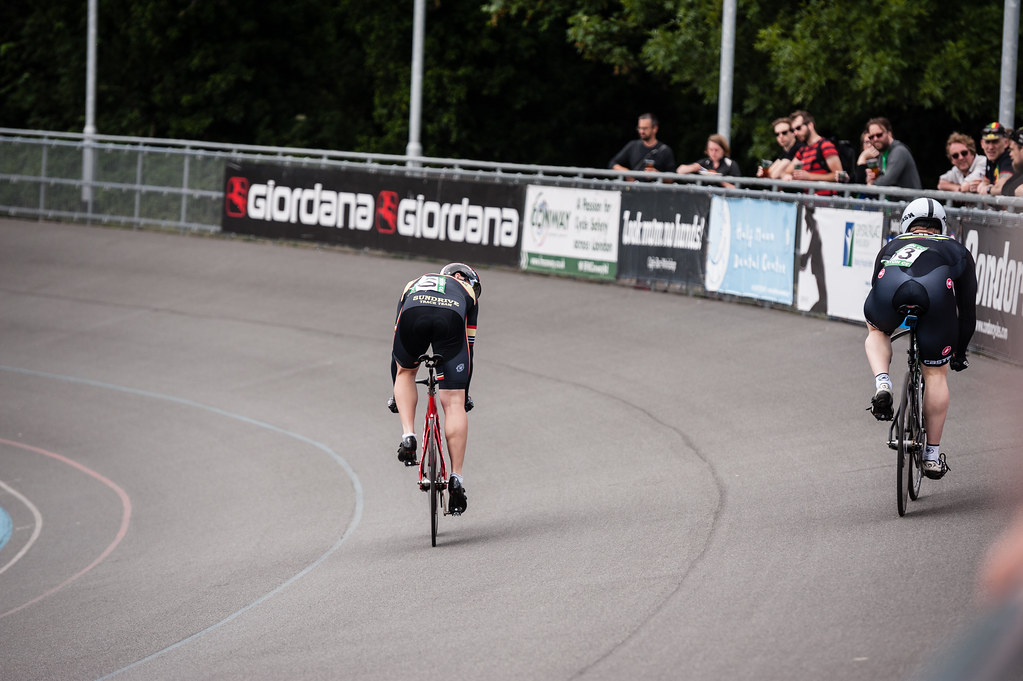 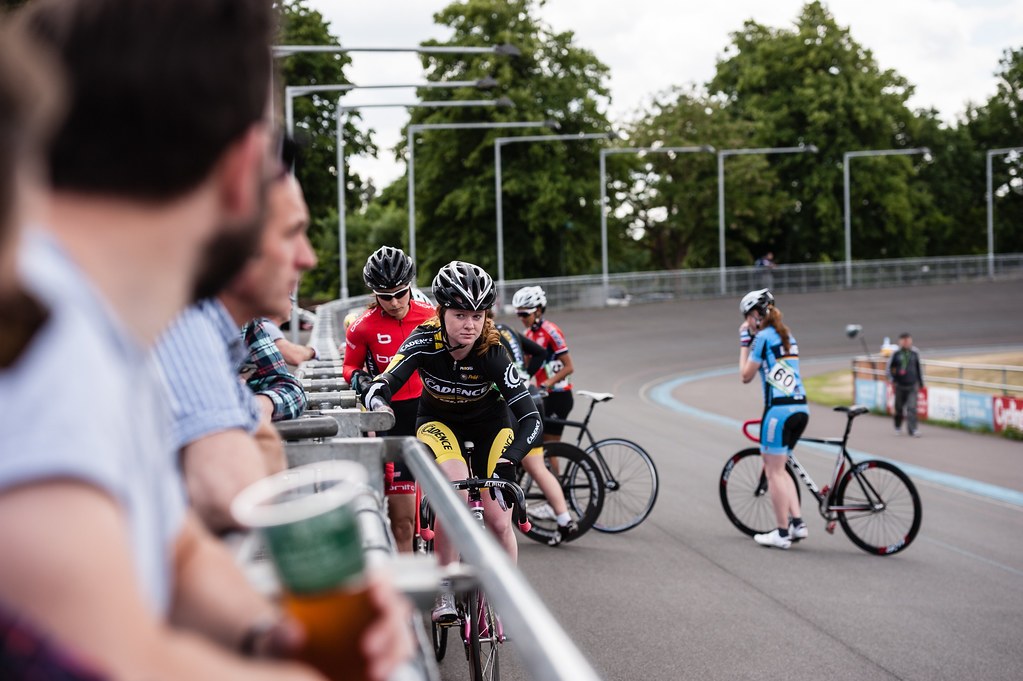 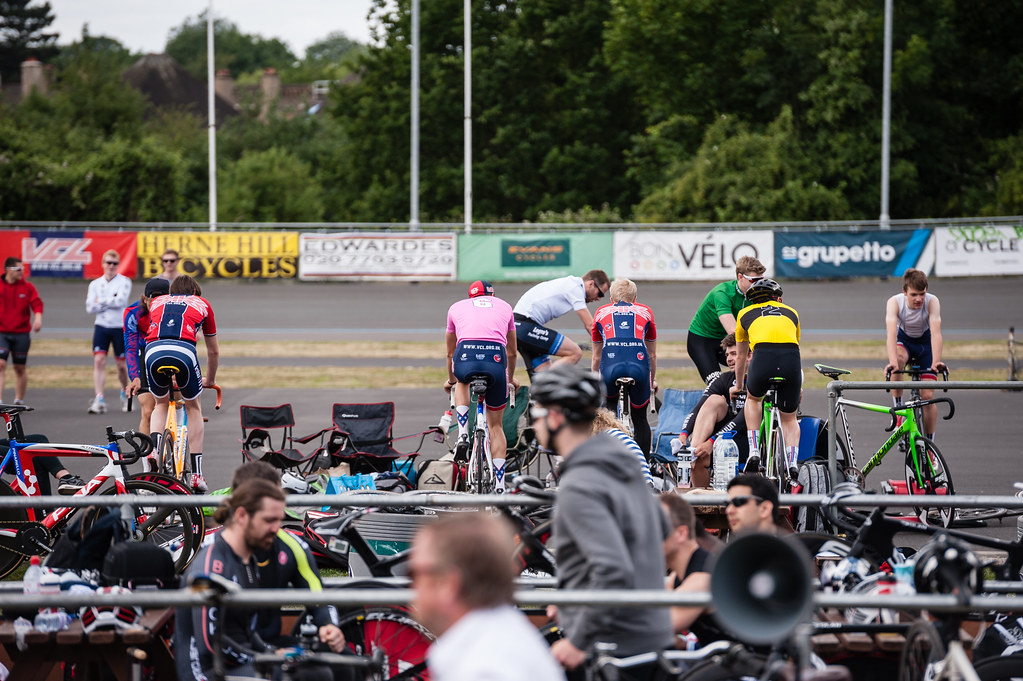 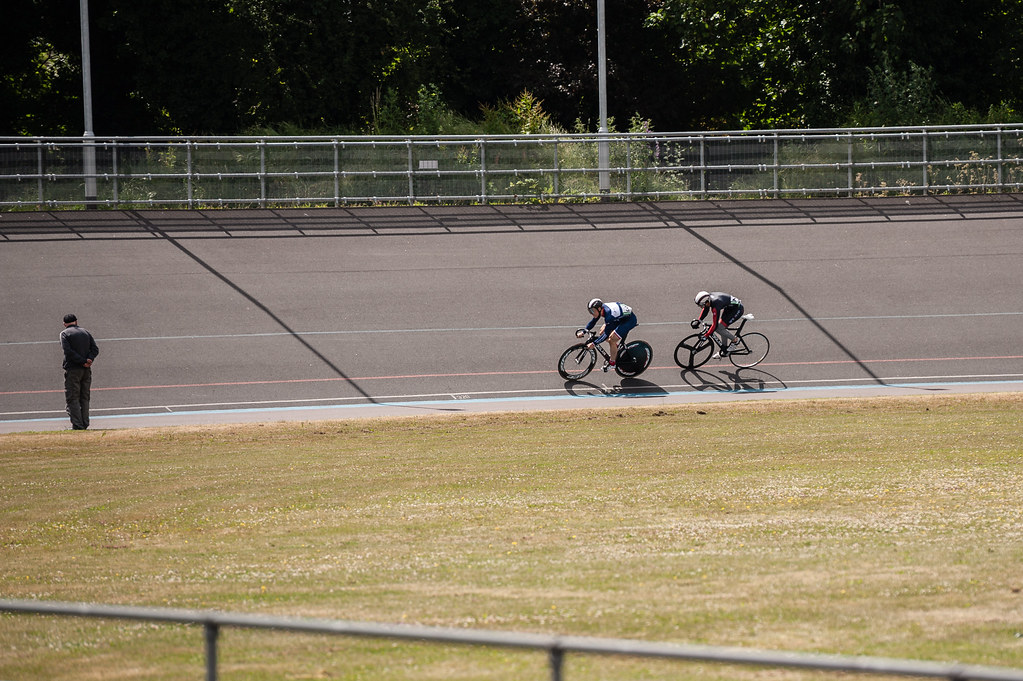 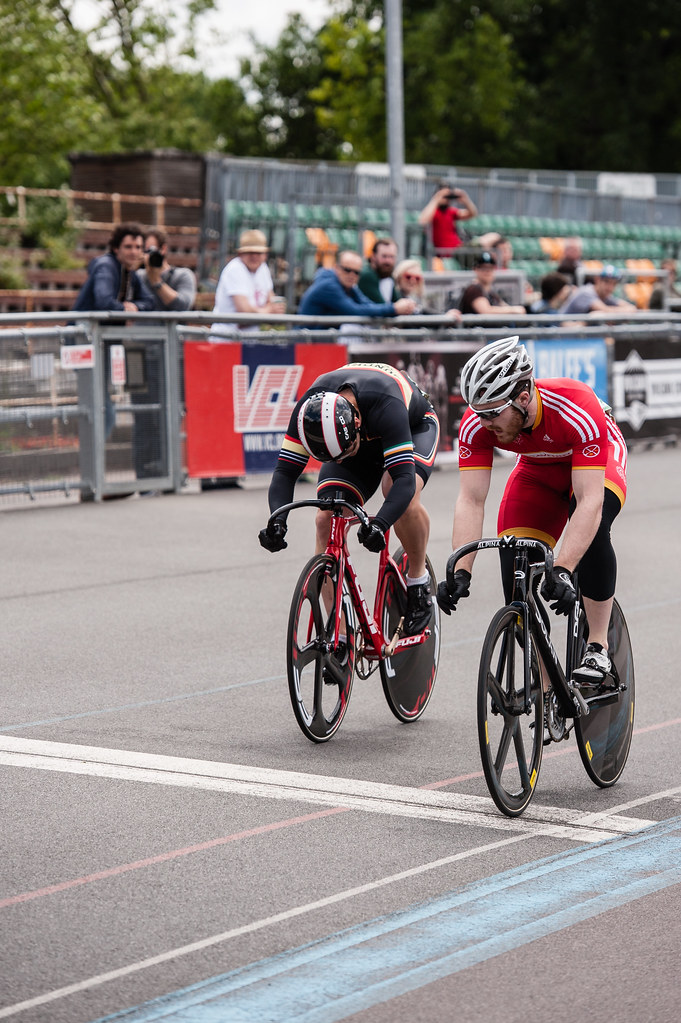 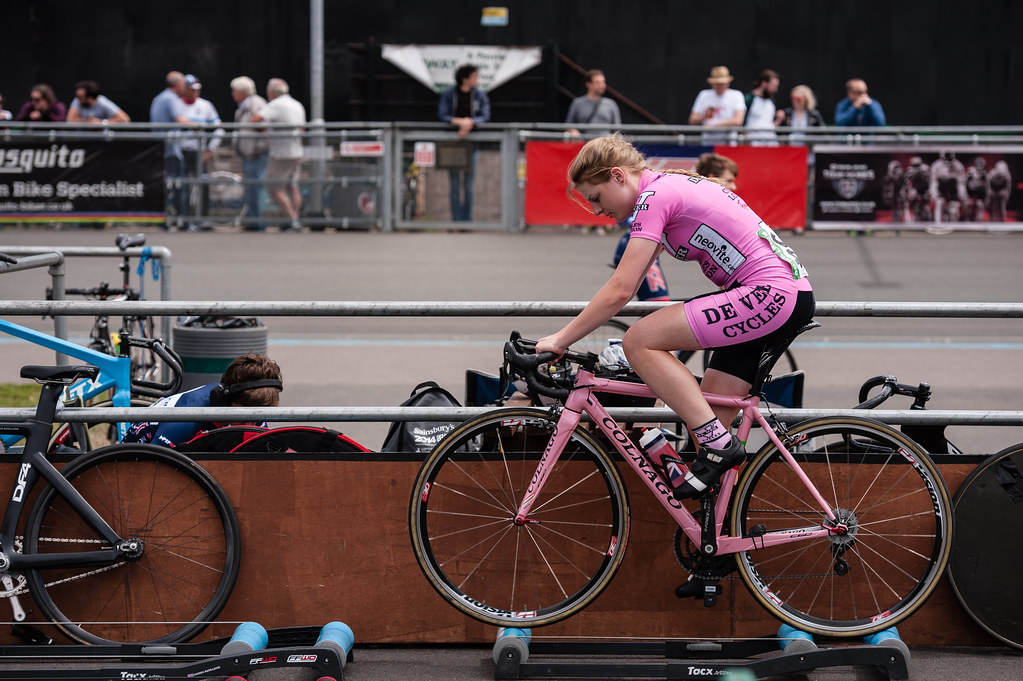 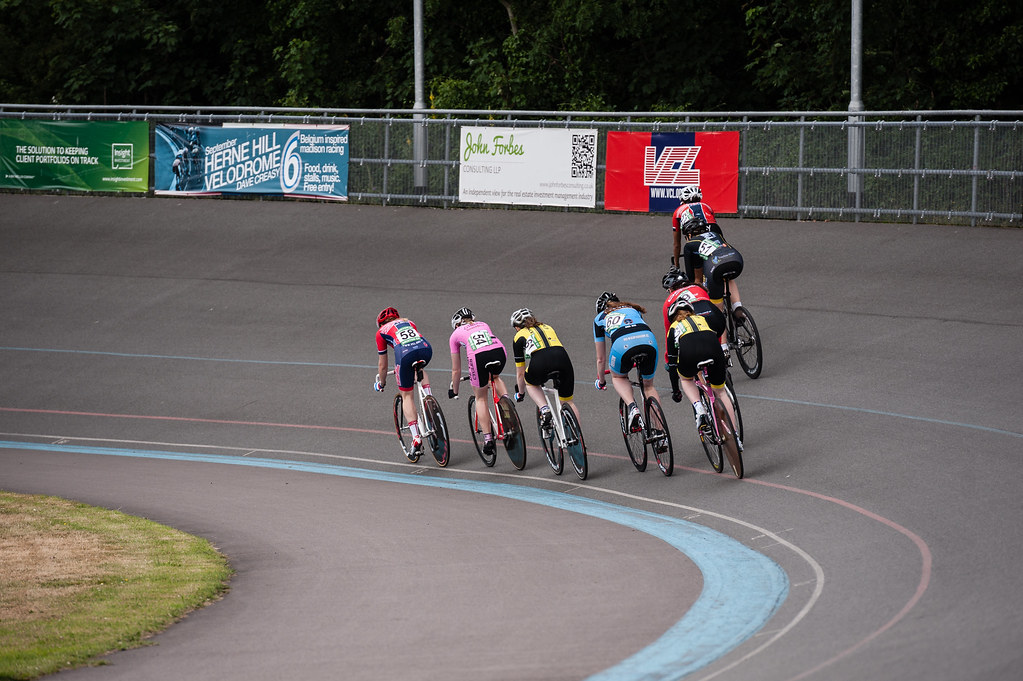