I’ve played around with idea a bit now and decided that it’s definitely worth doing Dunwich again this year although I’m not keen on driving up the day before and also driving back.

The solution? Ride back!

So unless the forecast is torrential rain then I will be riding there and back with a friend. The plan is to do the route as usual, enjoy the spectacle of it all, get to the beach, have a swim, get some food, change into some fresh cycling gear and start cycling again. I think we’ll probably get to the Blue Egg in time for it to open at 10am where we can feast on nice food and average coffee before taking a nap in the garden to get back into London. 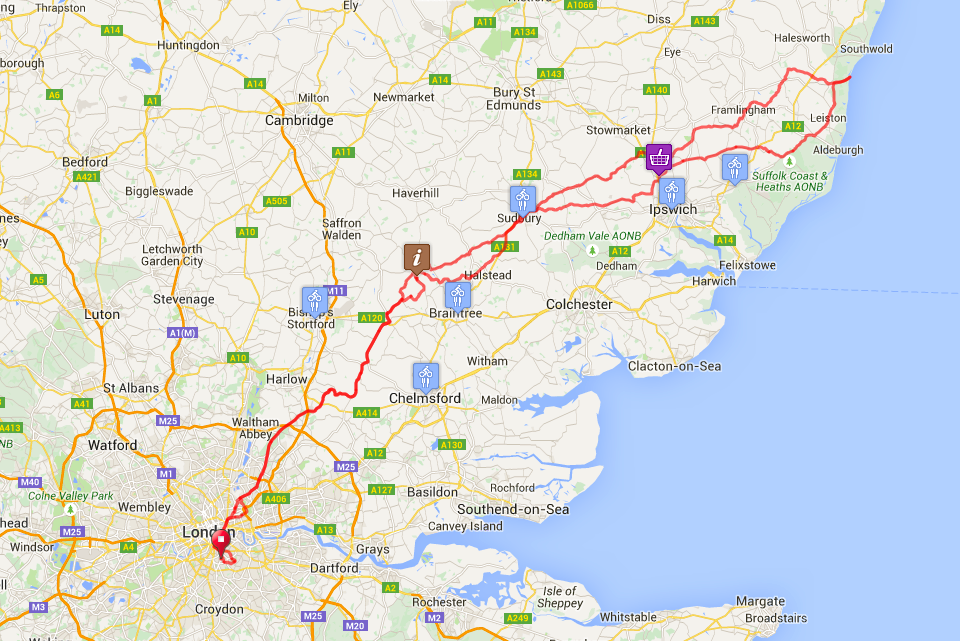 A kit list is being made, a massive saddle bag has been bought from AlpKit and the Monday has been booked off. It’s 400km with 2800m of climbing which is pretty flat for the distance really.

I’m hoping to convince a few others to join us for the ride although I haven’t been very successful so far! Should be quite an adventure.