I love using GPS routes that I find online although often people send a link to a GPX file – until now I hadn’t found a simple way of viewing them before doing the route or getting them into my favourite online route planner. The other place where lots of routes get posted is Strava. Strava’s route planner is still in Beta and although it’s ok I don’t really like the files it produces and the turn by turn it gives on the Garmin. I find that ridewithGPS.com produces far better files, defaults to nicer roads and that planning, and ammending, routes is far easier on there. I also have a large collection of routes on there and I like keeping a reasonably well organised library of routes together that I can dip into or duplicate and modify as I see fit.

That said Strava is clearly the most popular site and has a much more ‘social’ aspect to it. Loads of people plan routes which then pop up in your feed and you’re able to copy and then add to your own routes section. It also offers a way of converting rides into routes although this almost always fails for me which ends in frustration! 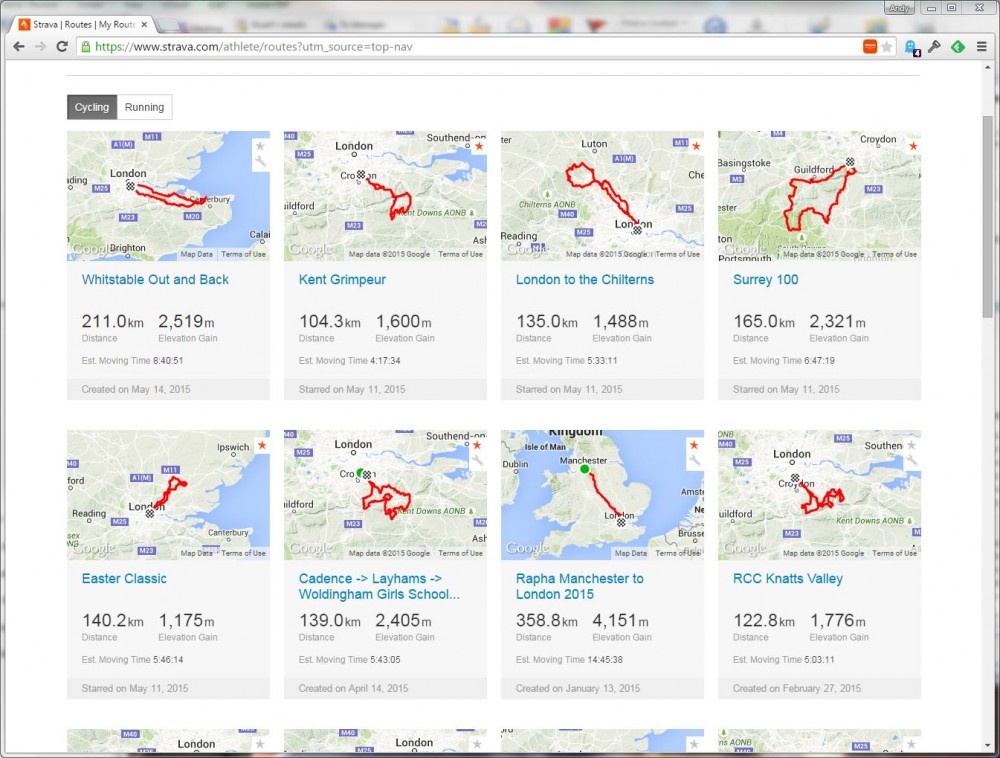 For some reason I had been scratching my head about how to get all my rides in one place, as well as convert rides to routes, and it wasn’t until I read up on what formats could be upload to Strava that I realised a GPX file was the answer. GPX files can describe an activity or a route and I discovered this whilst reading up on the Garmin eTrex. I don’t know why I didn’t think of this before though.

Routes can be exported as GPX files from Strava, which is primarily used for navigation, but also means I can take that file and upload to RidewithGPS as an activity, convert to a route and then keep them all in one spot. OCD satisfied. 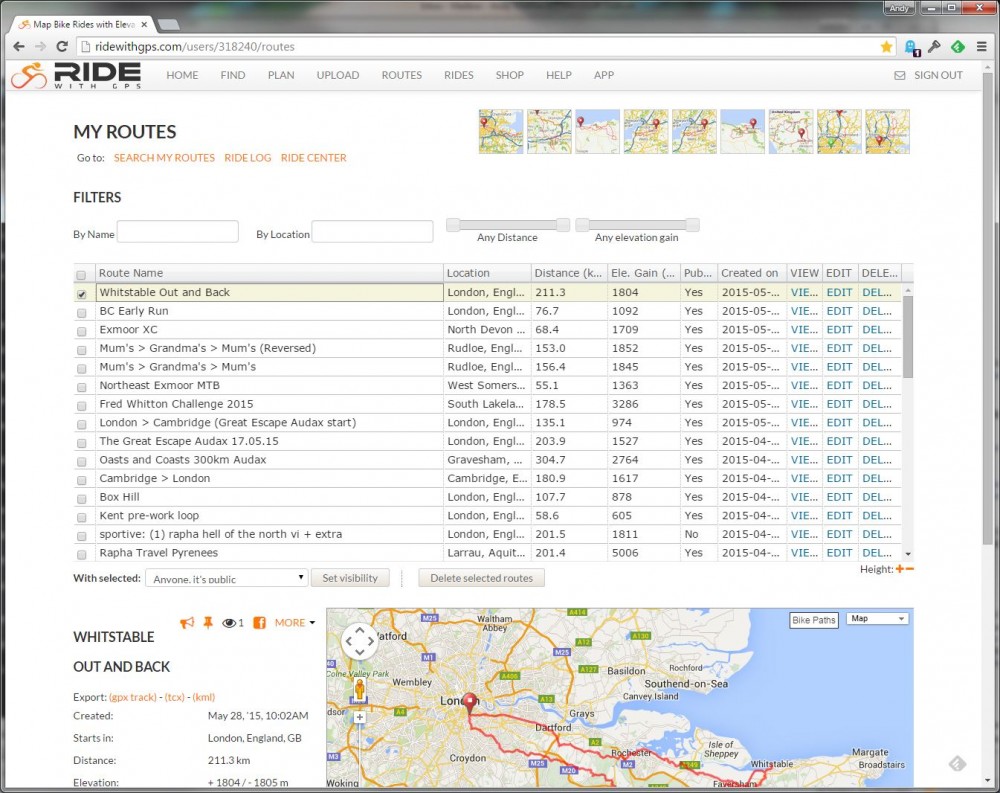