Using a Garmin Edge for audax

The Garmin Edge 800 I have really is a fantastic tool for cycling. Putting aside that they are years behind most phone software, in terms of interface and usability, it’s a wonderful bit of kit, once you get to know it and it’s limitations. There’s a whole other post on how recording all my rides has helped motivate me and so on but that’s for another time.

Doing longer rides with it can be problematic as we found out last year doing London > Brighton > London on Leo’s super hilly variation of the route. Mine died at 202km leaving us without directions for the last bit. I am generally using it for recording as well as turn by turn directions. Following that mishap I found out that if you use the maps or elevation page too much it severely drains the battery, you also need to turn the backlight off. For subsequent big rides I’ve been a bit more careful and also carried an external battery pack although not needed to use it.

I recently did the fantastic Oasts and Coasts audax which I managed to completely screw up my recording as well as lose directions towards the end after the Garmin died. I plugged my USB cable in which reset the device at 155km and it then stopped recording – although didn’t make me aware of this. It turns out that if you want to record a long ride that most people break it down into 150km chunks then stitch the resulting .fit files back together into one with the fantastic fitfiletools.com. Lesson learnt!

Following this I have done some reading and it appears most audax folk use the Garmin eTrex type unit rather than the Edge type units which work ok for roadies. The eTrex unit has physical buttons rather than a touch screen and also, more importantly, takes AA batteries which apparently last for days. A lot of forum posts note the lack of decent official bike mount as well as horror stories of losing it on a ride in bushes at night. Most seem to recommend the RAM mount. It’s generally used by hikers and more general outdoors type pursuits but also used for geocaching which I’d never heard of before.

Geocaching is an outdoor recreational activity, in which participants use a Global Positioning System (GPS) receiver or mobile device and other navigational techniques to hide and seek containers, called “geocaches” or “caches”, anywhere in the world.

A typical cache is a small waterproof container containing a logbook (with a pen or pencil). The geocacher enters the date they found it and signs it with their established code name. After signing the log, the cache must be placed back exactly where the person found it. Larger containers such as plastic storage containers (Tupperware or similar) or ammunition boxes can also contain items for trading, usually toys or trinkets of little financial value, although sometimes they are sentimental. Geocaching shares many aspects with benchmarking, trigpointing, orienteering, treasure-hunting, letterboxing, and waymarking.

So that’s great but I’m not really up for spending money on another GPS device at the moment. I wanted to solve the issue of battery life and Adrian from Brixton CC pointed me in the direction of an article about how to create a power only micro USB cable. Apparently it’s the data pins in the cable connecting which stops it just charging and puts it into a data sync mode – which is why mine screwed up. So tonight I’ve been following this article and slicing up an old USB cable to make one. 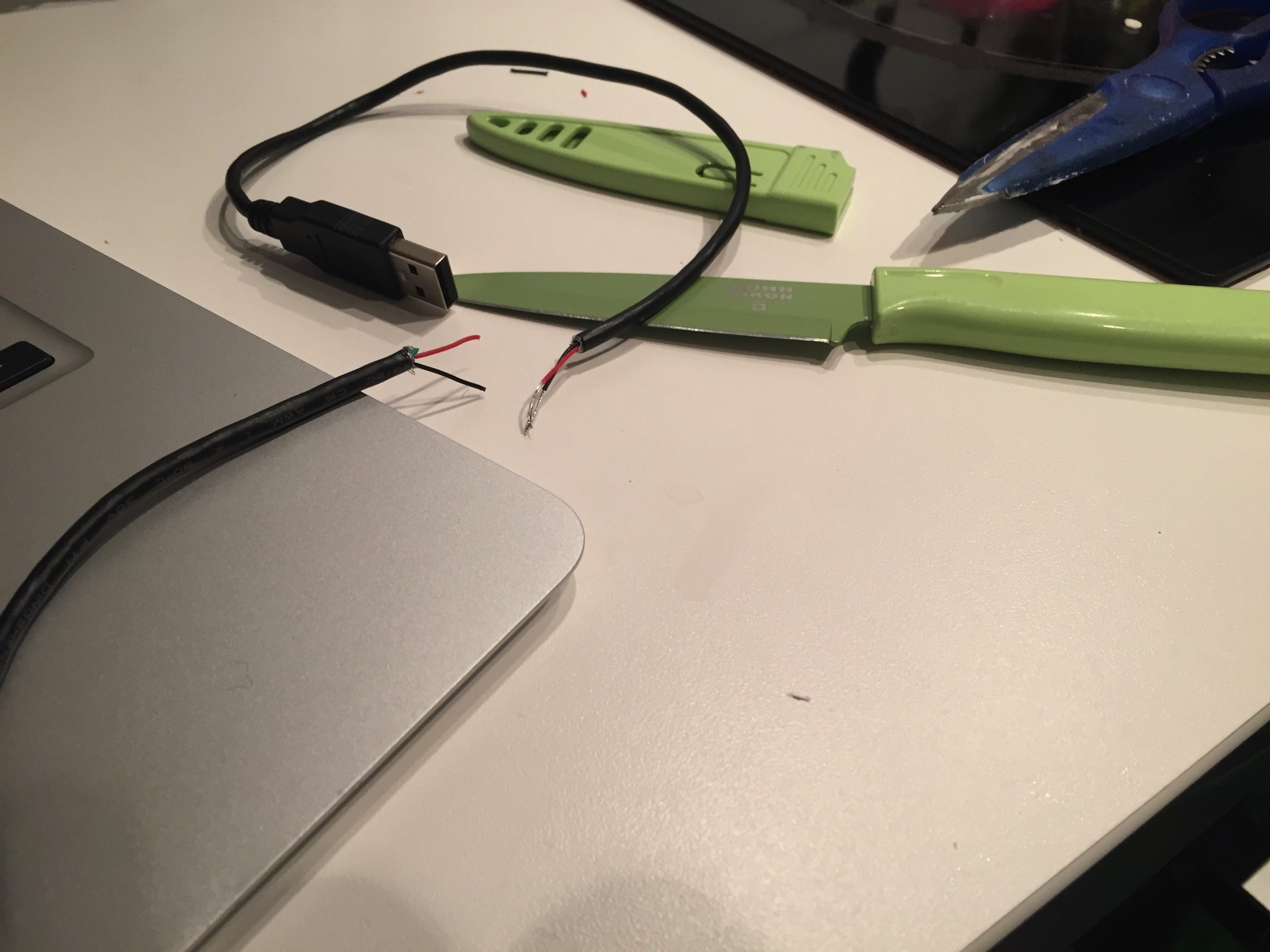 To my surprise it seems to have worked. All I have to do now is solder it at work and seal it up with electrical tape and then go and test it out a few times. A lot cheaper than a new device.

Whilst researching all of this I found myself in the wonderful world of dynamo hubs. There’s all manner of wonderful kit out there now with road hubs that will power USB ports built into a stem cap! Whilst the hubs are a bit expensive it is a really neat idea. Anyway, the 30p cable will do for now. I’m hoping to use this setup on a big ride next month. Can’t wait.