It’s like yo-yos. They’ll find something else in a bit.

Anyway, putting my prejudices to one side for a bit I wandered down to Herne Hill Velodrome on New Years day to sweat out some of my hangover and see what all the fuss was about. I also wanted to have a go at taking some pictures of moving objects rather than those inanimate buildings I normally do. It was also a good chance to use the 70-200 ƒ2.8, which rarely finds a reason to be used.

I got there mid way during the juniors race which looked like fun. I couldn’t really work out the course at first but gradually got the idea. I found a few places that might be good to spectate and take pics. A few friends arrived and we settled on the top left corner where the course dives down to the railway embankment and then back up and over and back towards the velodrome.

I was also there to support one of the Brixton riders, Will, who unfortunately drew number 13. As is the rules it was mounted upside down. 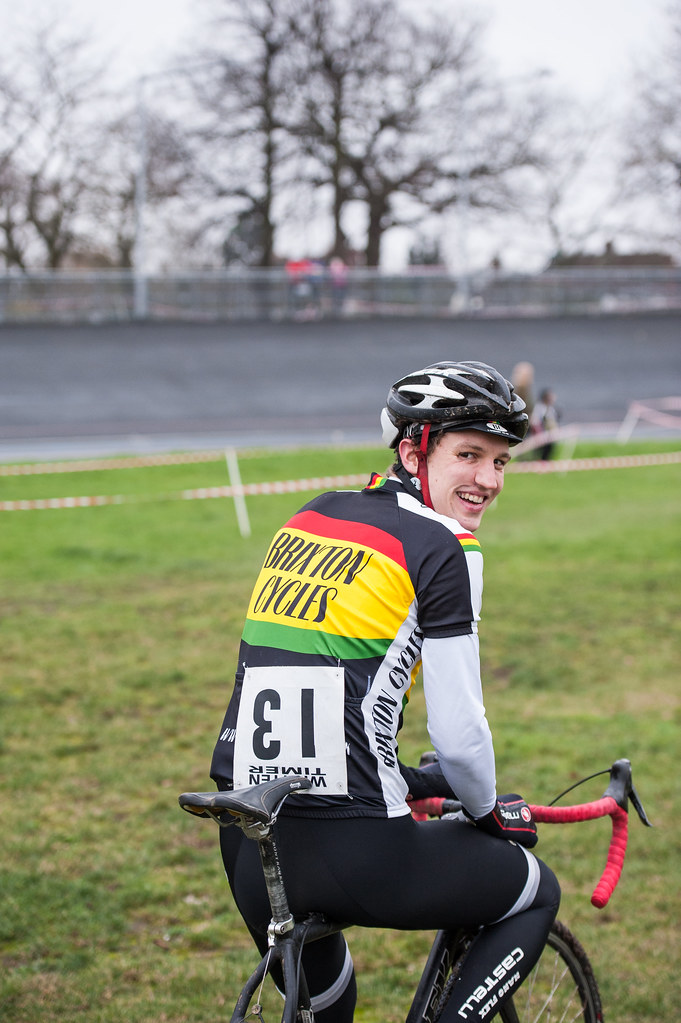 I had a go with a few test shots of some of the juniors who seemed to be flying around. Some of which were inconceivably tiny to my mind. 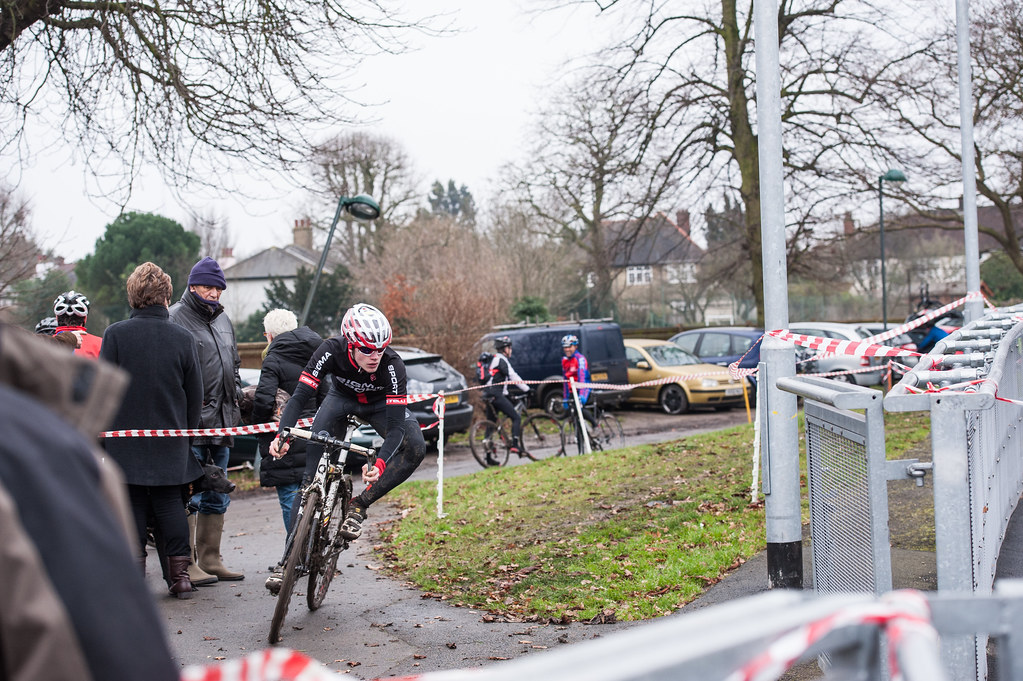 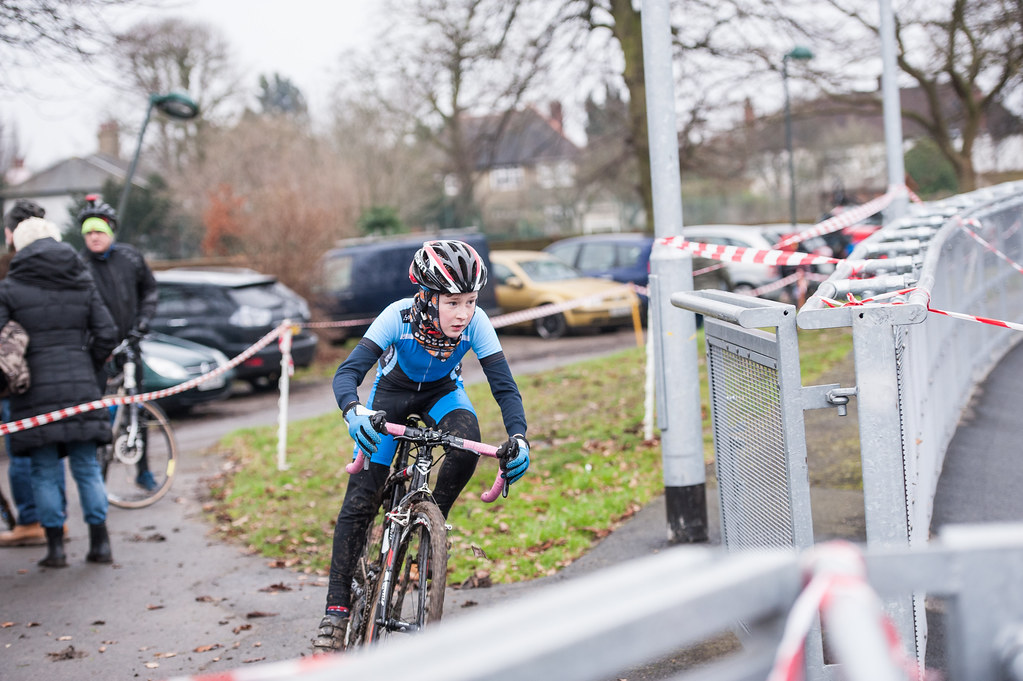 As well as the warm up laps the main group were doing. The Christmas tree chicane was one of my favourite parts of the course. A nice bit of imagination there from the course designers. Nice to see a few little playful touches appearing. 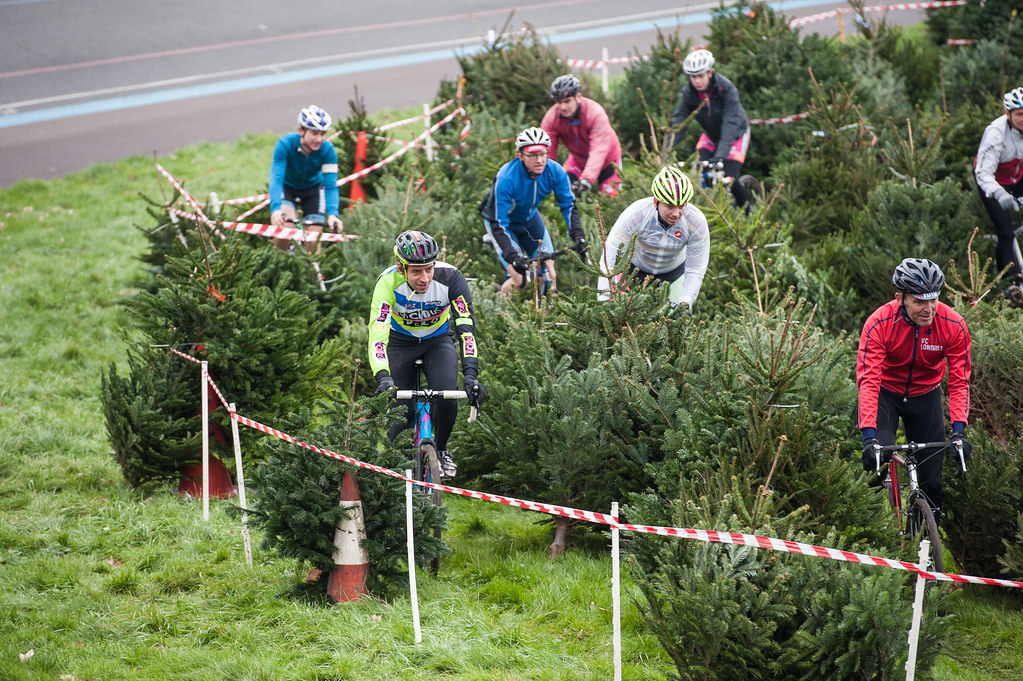 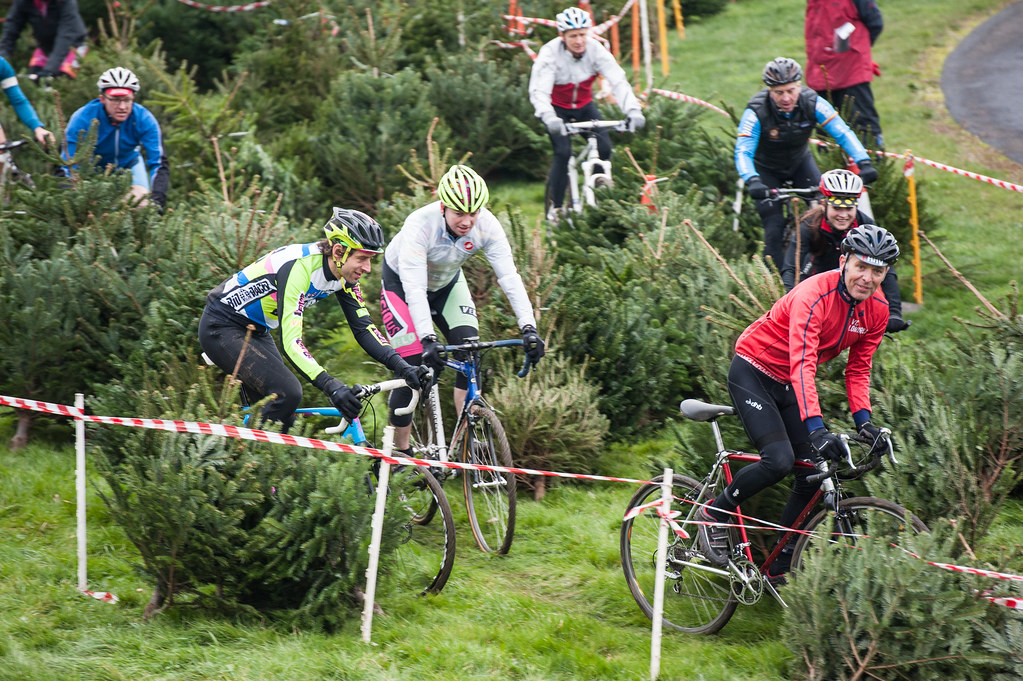 After that I said hello to Will and his teammate David before getting a few shots of the start and moving up to my preferred position for the rest of the race. 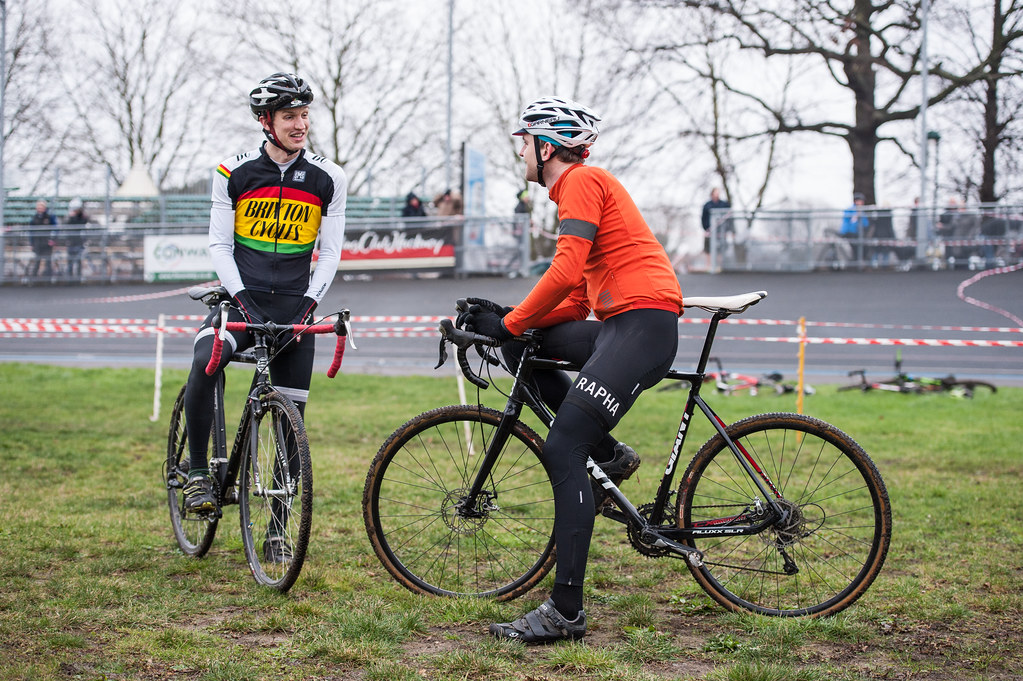 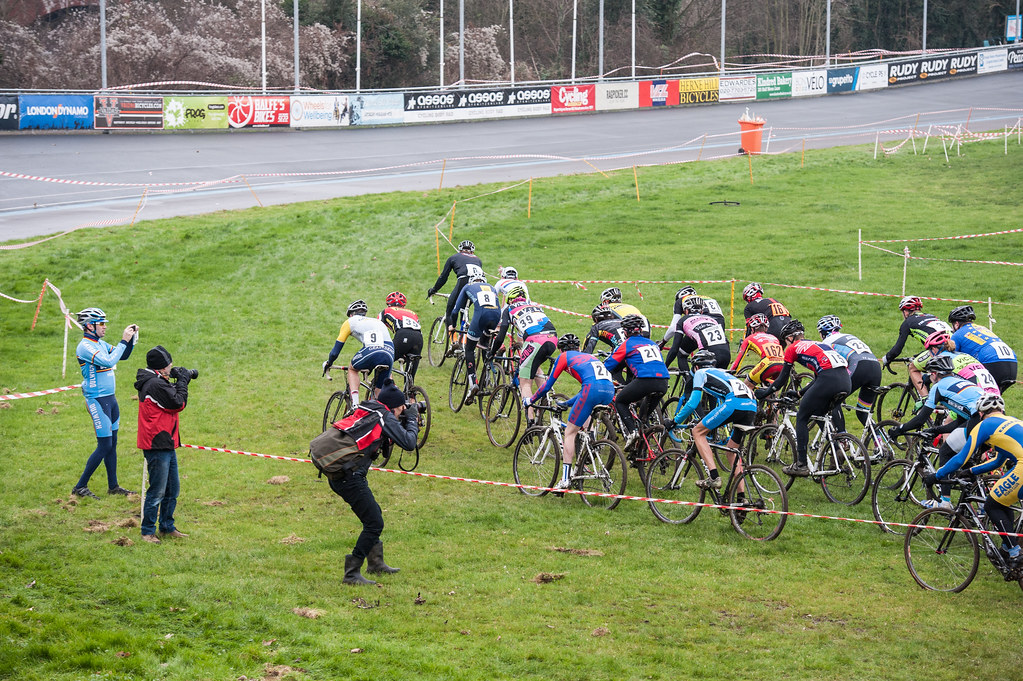 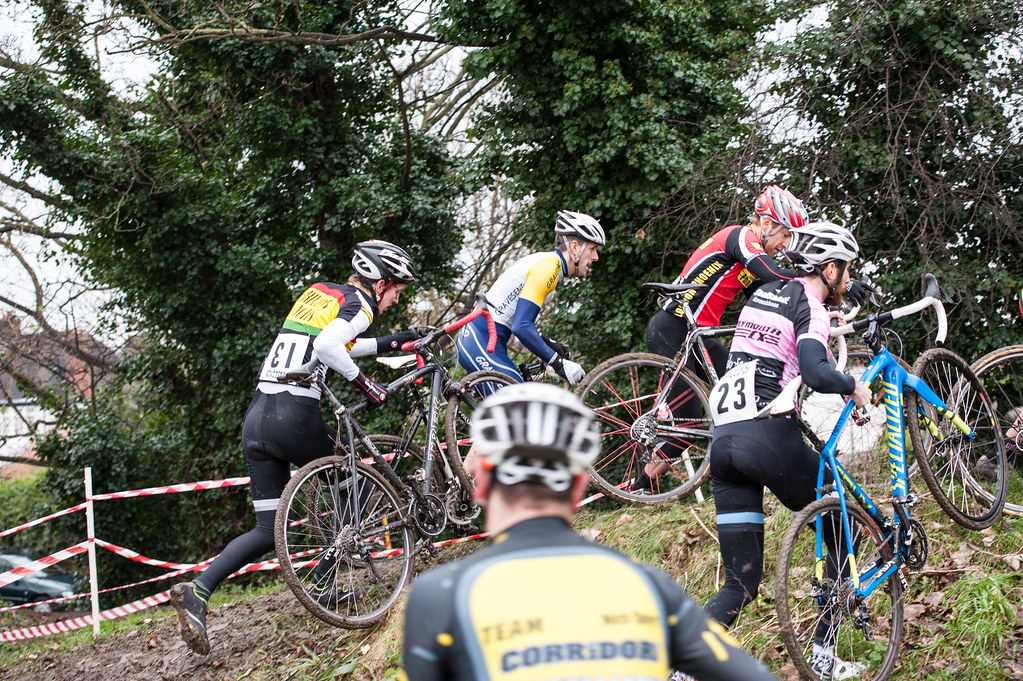 A few of the Vicious Velo lot were there and I had previously been told to shout various obscenities at them by Andy, which I of course obliged. I felt kind of guilty about it as none of them were smiling. Only Kev managed a set of the vees as requested and a smile. But at least they confirmed later on Twitter that the ‘encouragement’ was appreciated it’s just that it was hideously hard to raise a smile when working that much – which I can fully understand. 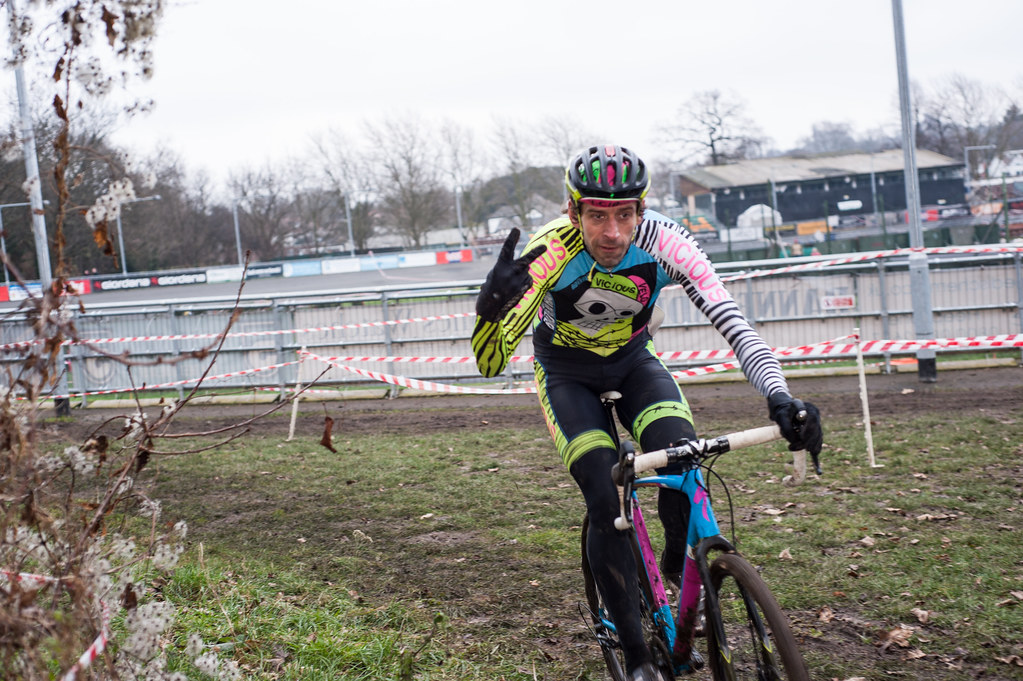 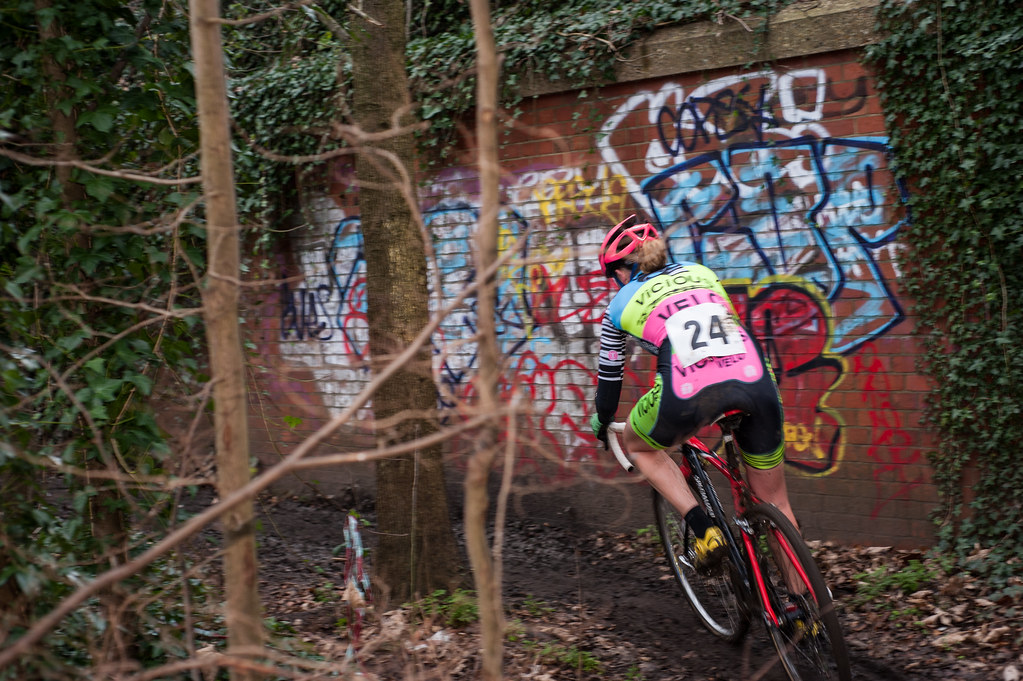 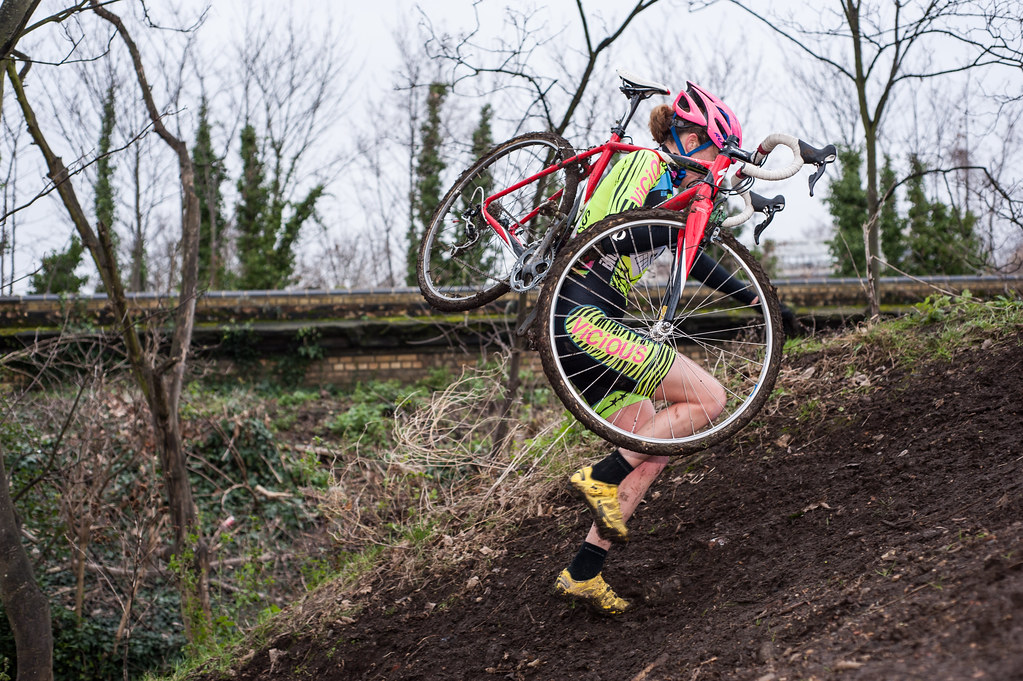 Running up that hill looked hideous really and whilst there weren’t many spectators, most seemed to congregate there to shout encouragement and generally observe the trickiest bit. 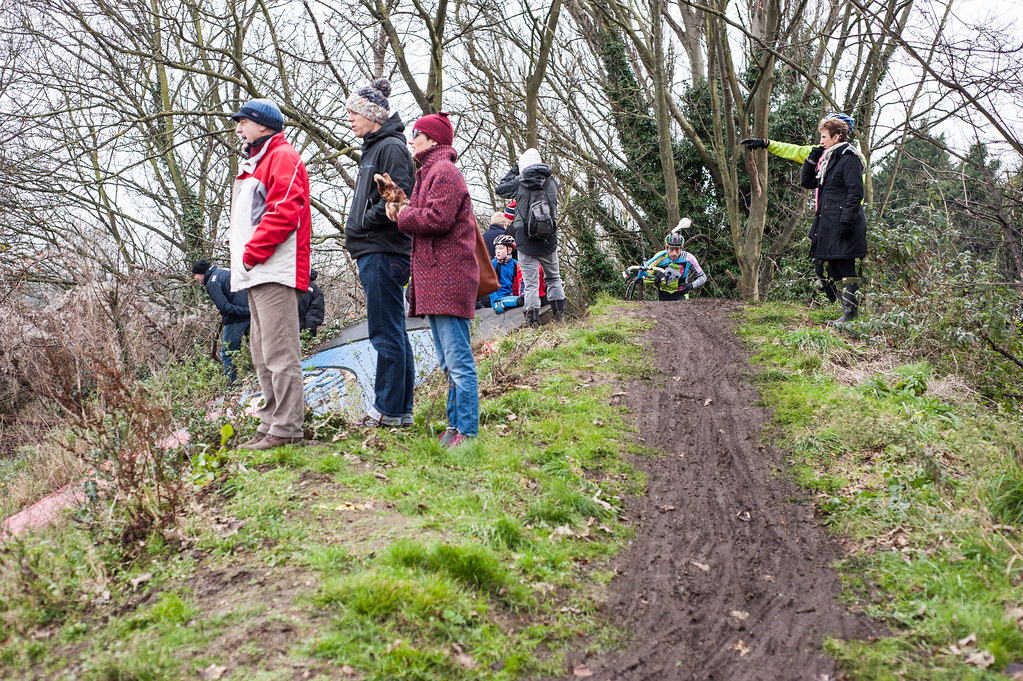 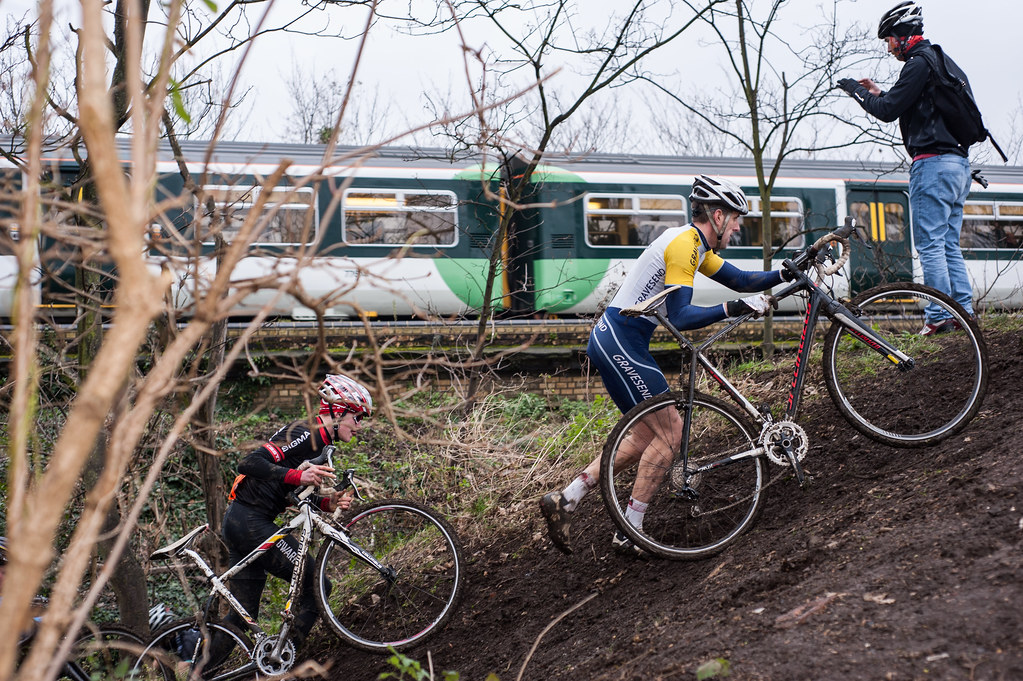 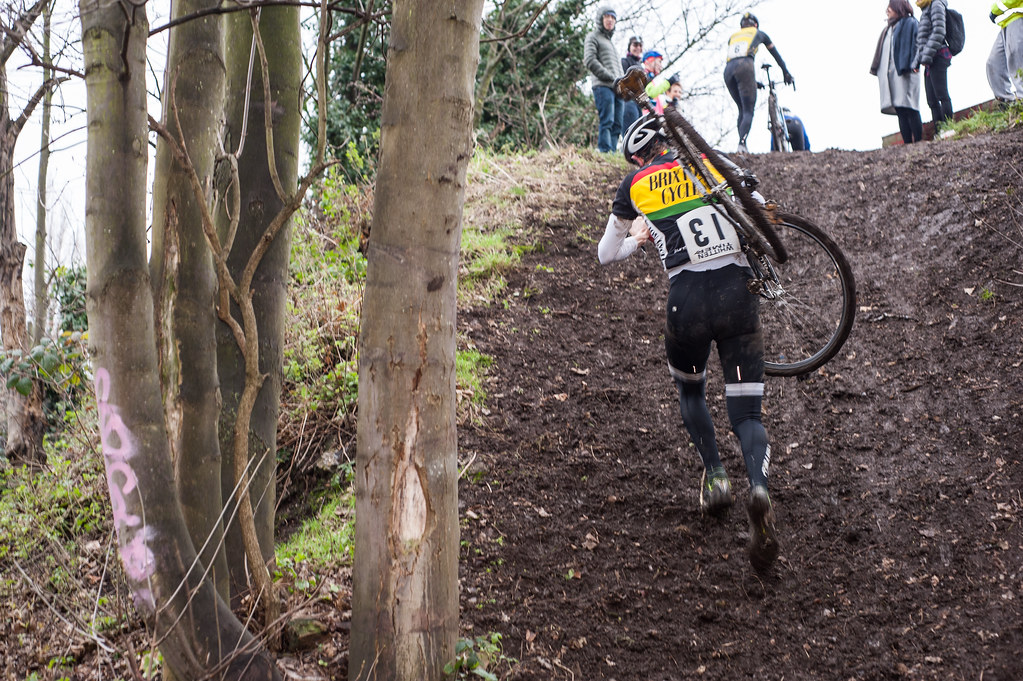 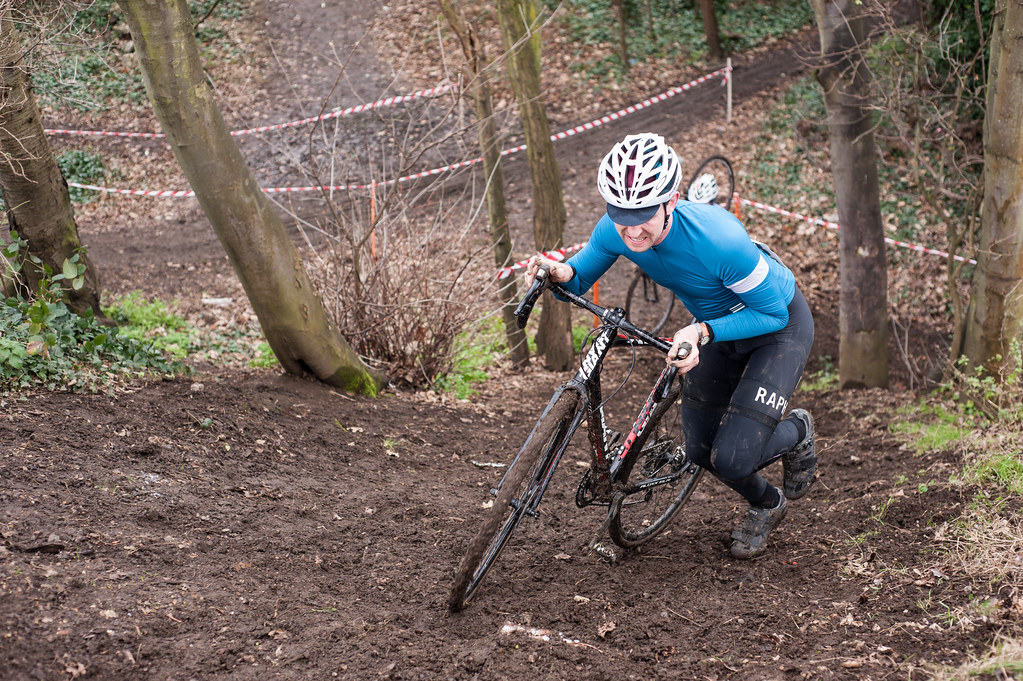 Some of the younger riders seemed to be running rings around the older ones. Some people described them as “just floating over it all” which seemed apt. Equally as entertaining to watch too. 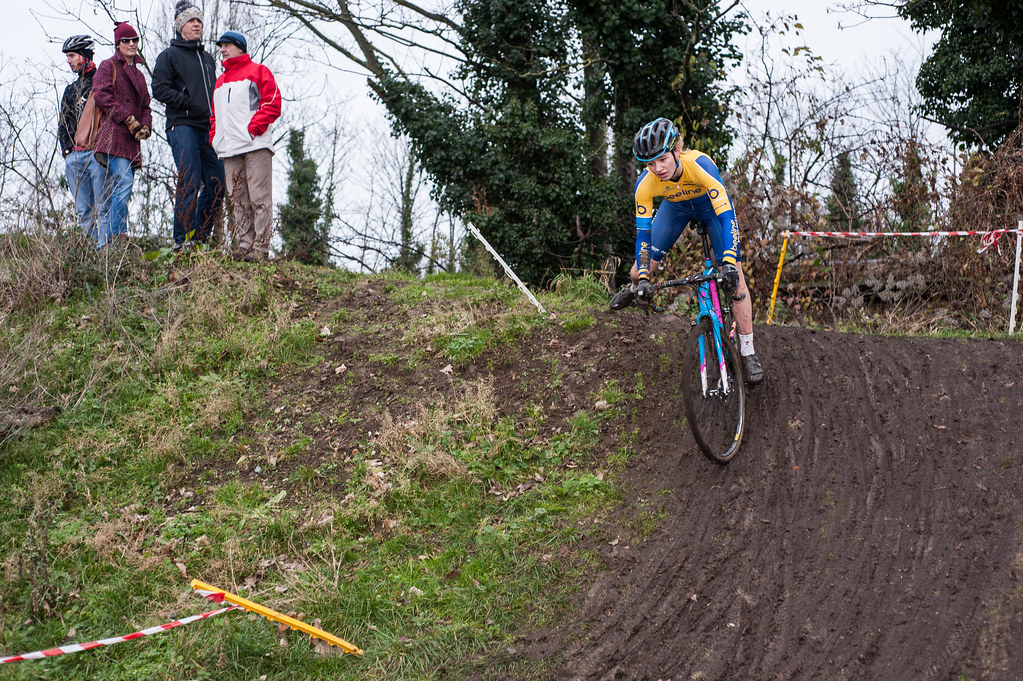 So a lovely few hours at the Velodrome and I fully appreciate the skill and effort that goes into CX. It was a shame there weren’t more spectators but most people were probably nursing crushing mind altering hangovers at home. I can’t say I’m crazy about entering one but I’d definitely go and watch and support more Brixton or Vicious riders at another event. It was also really nice to use my camera again off a tripod! 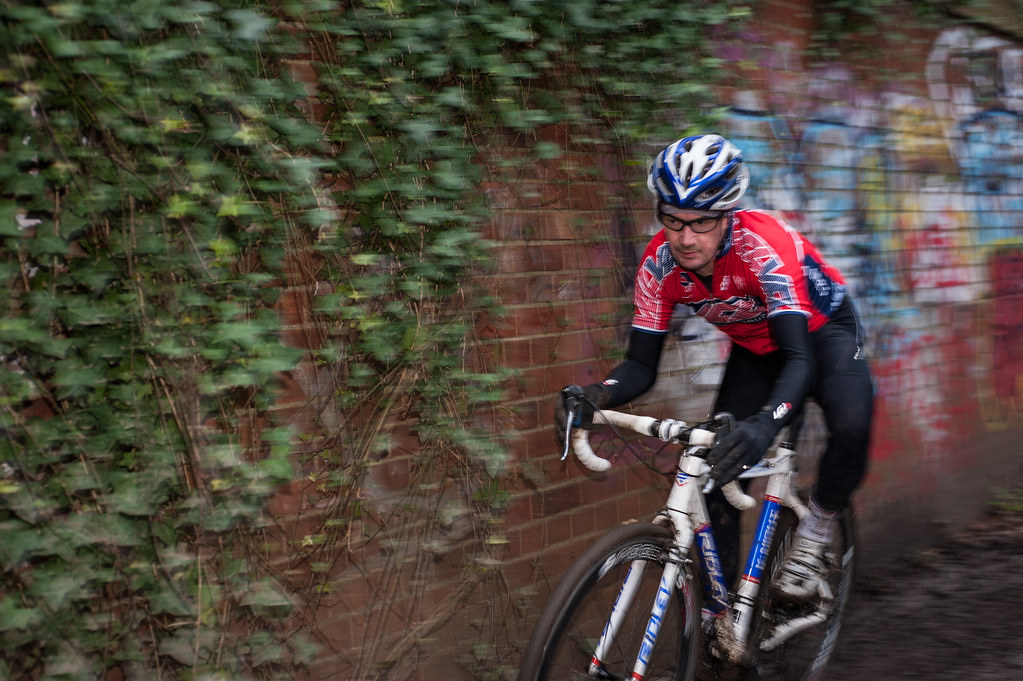