I got a tweet last night from Petra van der Ree letting me know that Architizer had featured the Architecture Pastebook as one of their 20 best Tumblr blogs to follow.

It’s great to be featured although the way they described my posts is ever so slightly odd. But I don’t really mind as they push a lot of traffic around. It’s also worth saying why I started it and I wrote a post about that when I started.

Architect and photographer Andy Matthews from Peckham, England, fills this Tumblr with images that he finds in his research or on design sites. It is a high-quality batch of fairly straightforward building documentation.

I guess they could have said something about my love of brutalism and concrete but it’s still nice to be featured. I woke this morning with a lot more followers on Tumblr which no doubt means I’d better make a bit more effort with it and post some original content (with attribution) and up the quality a bit.

Thanks for all the followers Architizer! 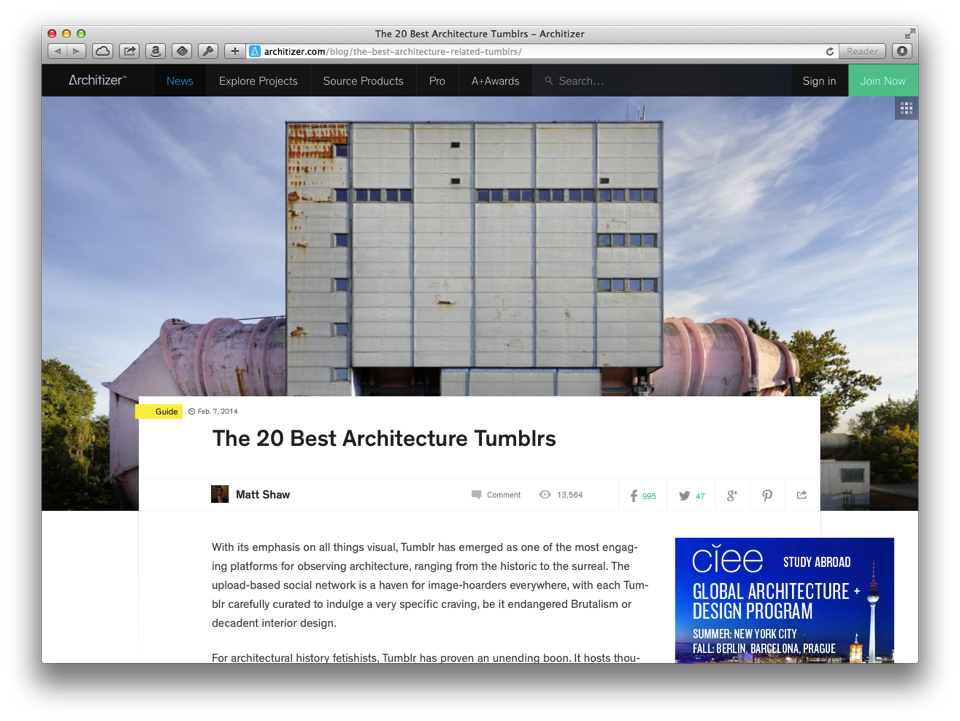